LJ Figueroa is a Name to Watch

TAMPA, Fla.– The Class of 2017 in Florida added another elite wing to the mix when LJ Figueroa transferred to Oldsmar Christian from Lawrence (Mass.).

Figueroa says that it was a no-brainer to play for coach Jordan Fair.

“I had to leave home,” Figueroa told SNY.tv after a 19-point performance in a 66-40 win over Impact Academy at the Derrick Brooks Shootout. “There were no opportunities there for me. When I got here, a bunch of doors opened for me, and I got to meet some great people.”

But his play of late has attracted attention from some really big-time programs.

On Friday at the SNY Invitational, Salnave scored 16 points and grabbed 13 rebounds as Cardozo beat Long Island Lutheran, 61-50, in an overtime thriller at City College of New York.

Cardozo will play Wings Academy on Saturday at 4 p.m. for the championship. The consolation game between Long Island Lutheran and Cardinal Hayes will start at 2. Wings beat Hayes, 62-54, in the second game behind 29 points and 13 rebounds from Georgetown-bound big man Jessie Govan. 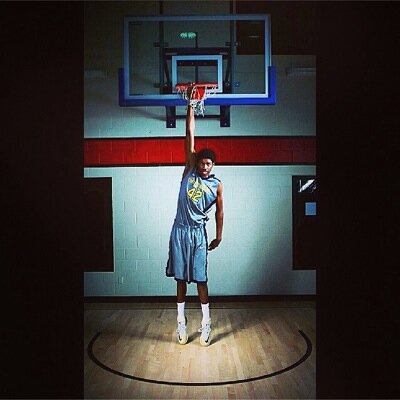 Duke, Texas, Pittsburgh and Michigan State are all checking in on Kyle Alexander, a 6-foot-10 2015 forward from Orangeville Prep in Ontario.

Duke assistant Nate James called head coach Larry Blunt on Friday, and Pitt and Texas have checked in in recent days. Michigan State invited him for a visit, but no visit dates are set.

“He’s 6-10 with a 7-4 wingspan,” Blunt told SNY.tv. “He runs faster than our guards and has a knack for blocking shots. His dad was a Division 1 1,000-point scorer and his sister was an All-American at Syracuse and a first-round draft pick in the WNBA. The kid has been playing basketball for three years and his potential is scary.”

SPRINGFIELD, Mass. — Jayson Tatum, who recently retained his spot as the top junior nationally by ESPN.com, finished with a team-high 25 points and 14 rebounds in Chaminade College Prep’s (MO) 88-78 victory over Paul VI (VA) in the finale of the 2015 HoopHall Classic on Monday.

Matched up with star wing V.J. King, who recorded a tournament-best 38 points, Tatum overcame a slow start to lead his team to an impressive  win. With UConn head coach Kevin Ollie looking on, Tatum showed why he’s such an impressive prospect. 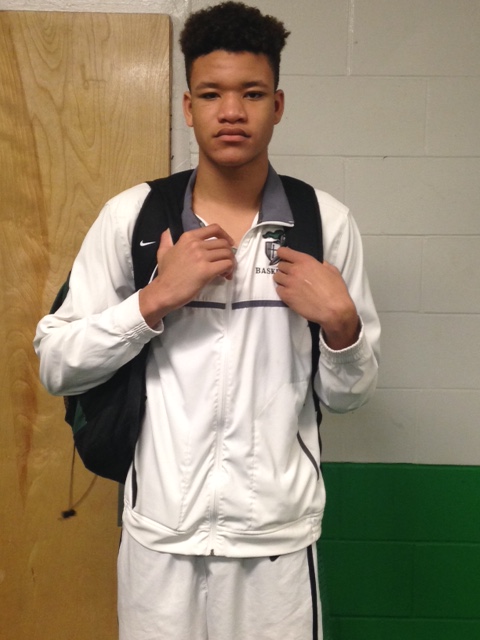 There might not be a single player in the state of Florida who has more potential than Kevin Knox.

At 6-foot-7, the Tampa Catholic (Fla.) sophomore wears size 18 shoes, and is projected to reach 6-foot-10. Knox is currently averaging 24.4 points, 10.4 rebounds and 2.6 blocks per game in his second campaign for the Crusaders. Knox is also a High Division 1 football prospect as well, which could give him the option of being a dual sport athlete at the High D1 Level

“The season is going pretty well,” Knox told SNY.tv after a 16-point, 6-rebound performance in a loss to a 17-3 Berkeley Prep (Fla.) team. “I wish our record was a bit better (15-7). But overall, I feel like I’m doing a good job, and the team is contributing well.”

Chris Obekpa has a golden opportunity in front of him on Sunday.

Obekpa, who ranks third in Division 1 with 3.6 blocks per game, has virtually no offensive game but is a defensive force and could cause trouble for the 6-11 Okafor. Obekpa, averaging 7.2 points and 7.8 rebounds, is projected as the No. 48 pick in the Draft by DraftExpress.com, but could help himself with a strong showing.

“Of course, any time you play well against the best offensive big man in the NCAA, you’re going to help yourself,” Jonathan Givony of DraftExpress.com told SNY.tv. “He needs to step up on the glass. He’s been inconsistent as a defensive rebounder most of his career and that’s one of St. John’s biggest weaknesses as a team because of how small they are.”