Carlton Bragg will announce his college choice on Thursday, according to Reggie Rankin of ESPN.

The announcement will come at 2:45 p.m. at Villa Angela-St. Joseph High School in Cleveland, Ohio, per Rankin.

The 6-foot-8 forward will choose from among Kentucky, Kansas, and Illinois. UCLA is no longer in the mix.

Kansas head coach Bill Self and assistant Norm Roberts were unable to make it due to weather. 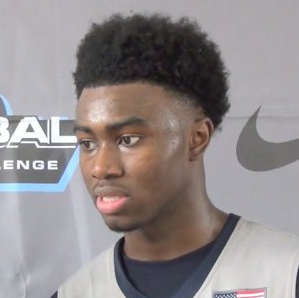 Only one day after watching targets Carlton Bragg and Jayson Tatum, Kentucky head coach John Calipari was in Marietta, Georgia to see Jaylen Brown, the No. 2 prospect in the 2015 class according to 247Sports.

With five current Kentucky players on the DraftExpress 2015 Mock Draft and with two more — Trey Lyles and Devin Booker — gaining more praise from NBA scouts, Calipari is wasting no time in looking to secure Kentucky’s fourth commitment in the 2015 class.

Terrence Phillips has committed to Missouri, choosing the Tigers over Loyola Marymount.

A three-star recruit out of Oak Hill Academy, Phillips is one of the best pure floor generals in the Class of 2015.

Phillips was on an official visit at the time of his commitment. Asked by ZAGSBLOG contributor Chip Miller why he chose Missouri, Phillips said it was a good fit.

In The Absence of Rysheed Jordan, No. 15 St. John’s Loses Second Straight and Top 25 Ranking, Too

NEW YORK –– In less than 24 hours, St. John’s lost one of its best players, its second straight game and likely its Top-25 ranking, too.

A day after the announcement that guard Rysheed Jordan would taken an indefinite leave of absence, St. John’s went down in defeat in their conference home opener against Butler, 73-69, at Carnesecca Arena.

“Rysheed does a lot of things,” head coach Steve Lavin said. “He’s a tremendous basketball player with a bright future. On both ends of the floor he can influence the game, but right now we have this group and we have to get ready for Villanova [on Tuesday].” 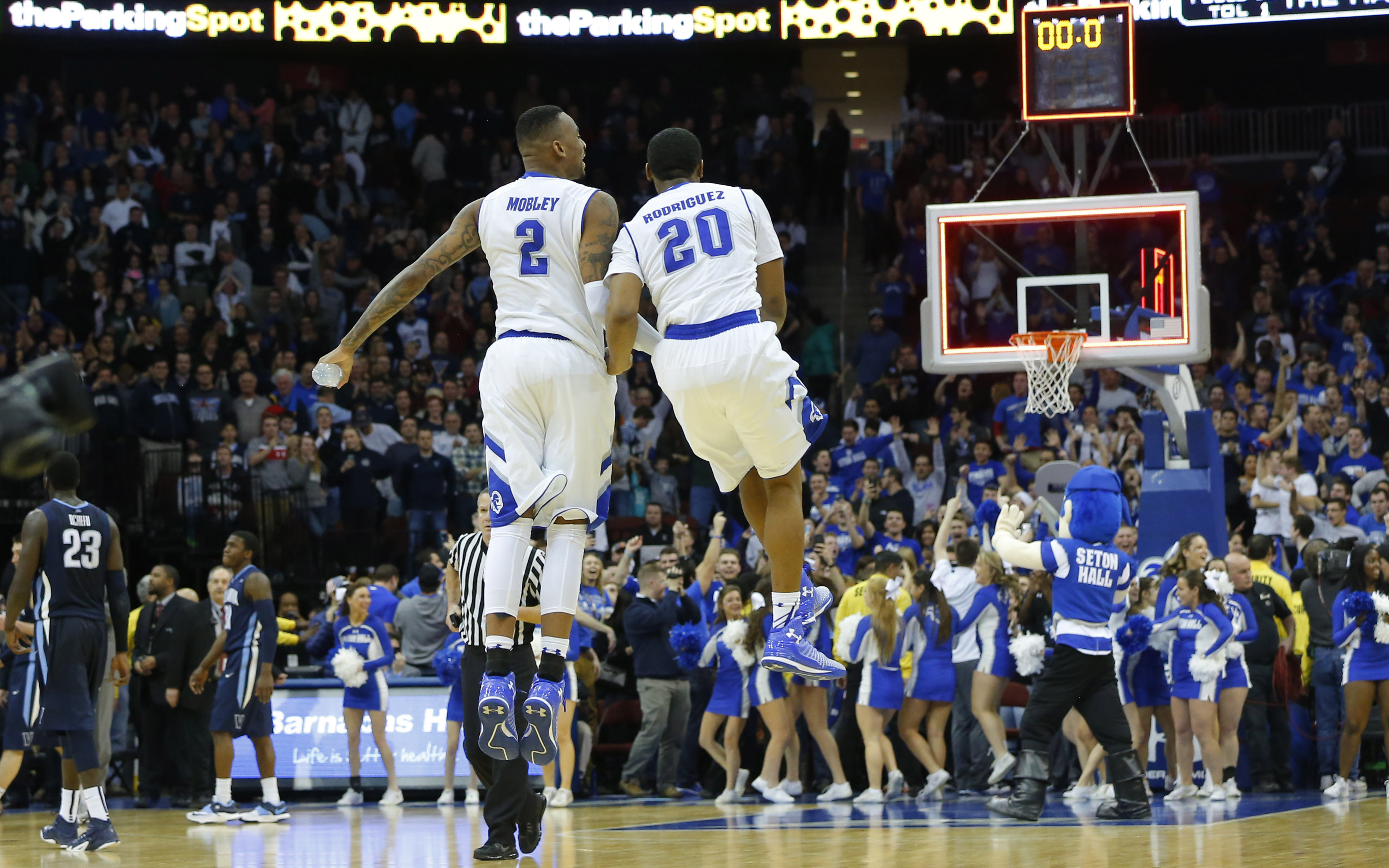 NEWARK — Coming into the season, it would have been easy to write off Seton Hall in the Big East. They were picked sixth in the preseason coaches poll and had to incorporate a number of freshmen.

After 14 games, and two Big East games, one thing is clear: Seton Hall is a Big East contender. And not only have they established themselves as a NCAA tournament team, Seton Hall has entered the national conversation as a team that can make noise come March.

On Saturday at the Prudential Center, Seton Hall stunned No. 6 Villanova 66-61 in overtime, despite loads of foul trouble. Sterling Gibbs led all scorers with 20 points, Khadeen Carrington added 17, including four in overtime in his second impressive game in a row, and coach Kevin Willard had to use a long bench to stay competitive.

“I keep them very level-headed, very grounded,” Willard said. “These two home games, for us, were as big as any two home games, because of the next two road games [against Xavier and Creighton].”

ROSELLE, N.J. —Moments before Roselle Catholic took the floor against St. Anthony’s Friday night, the buzz was that Antonio Blakeney, No. 14 on the ESPN 100, would team up with Ben Simmons, the No. 1 recruit in the country, at LSU next season.

After originally committing to Louisville, Blakeney was being pursued by Kentucky, where he would have formed a lethal backcourt with Roselle Catholic star Isaiah Briscoe, who scored 22 in RC’s 51-48 win over St. Anthony’s.

Asked his opinion on Blakeney choosing LSU, Briscoe had only good things to say. 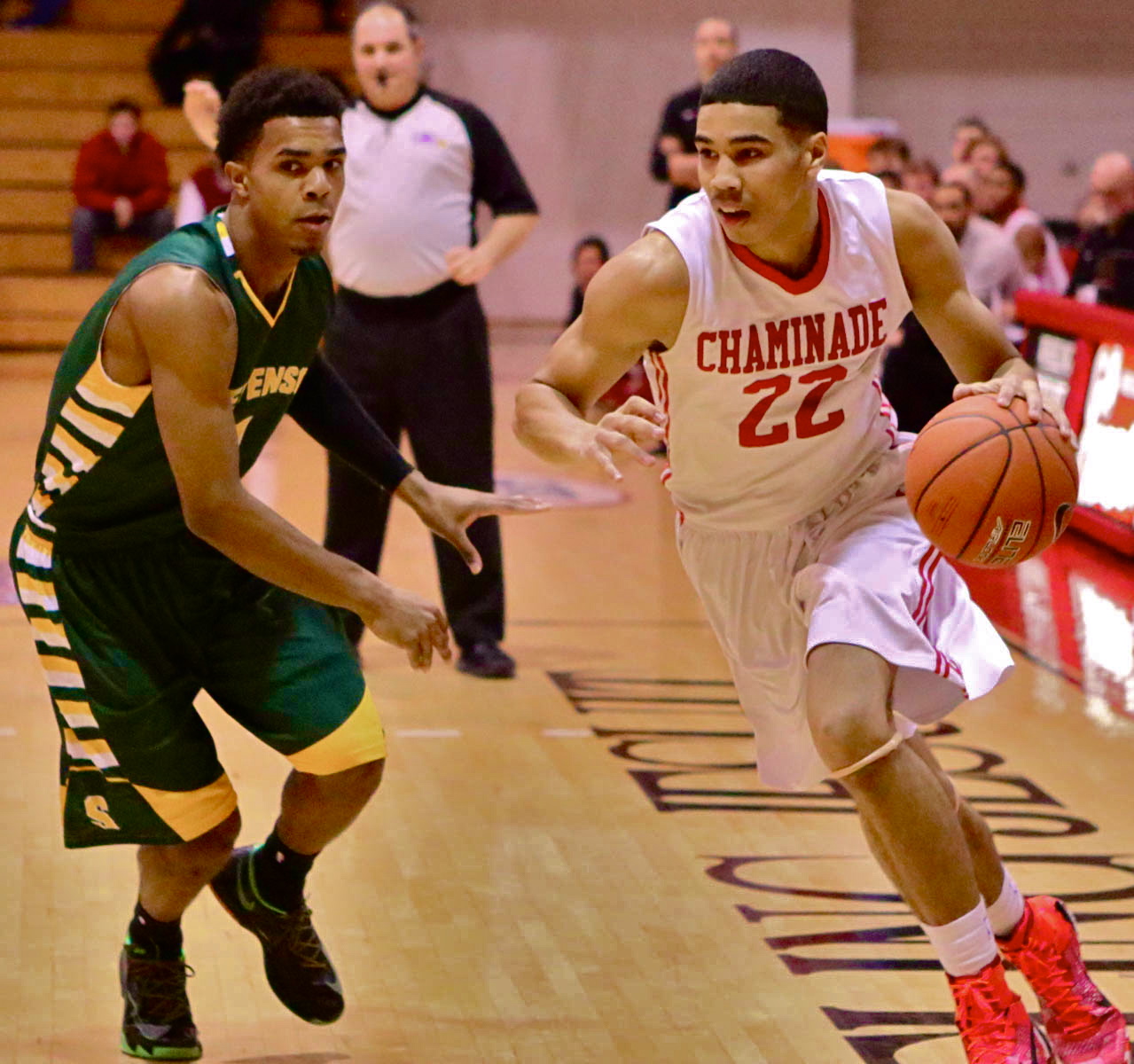 WHEELING, W.V.- Jayson Tatum put on a show at the Cancer Research Classic in an 88-81 win over Stevenson, scoring 39 points and adding 14 rebounds in front of Kentucky Head Coach John Calipari. After the game, he revealed that he may take his first official visit sometime in February.

“I’m trying to take a trip to the Duke and Syracuse game,” Tatum said, referring to the Feb. 28 game at Cameron. “That would be my first official visit. I don’t have a favorite just yet. The opportunity presented itself, so I felt like I should take that visit.”