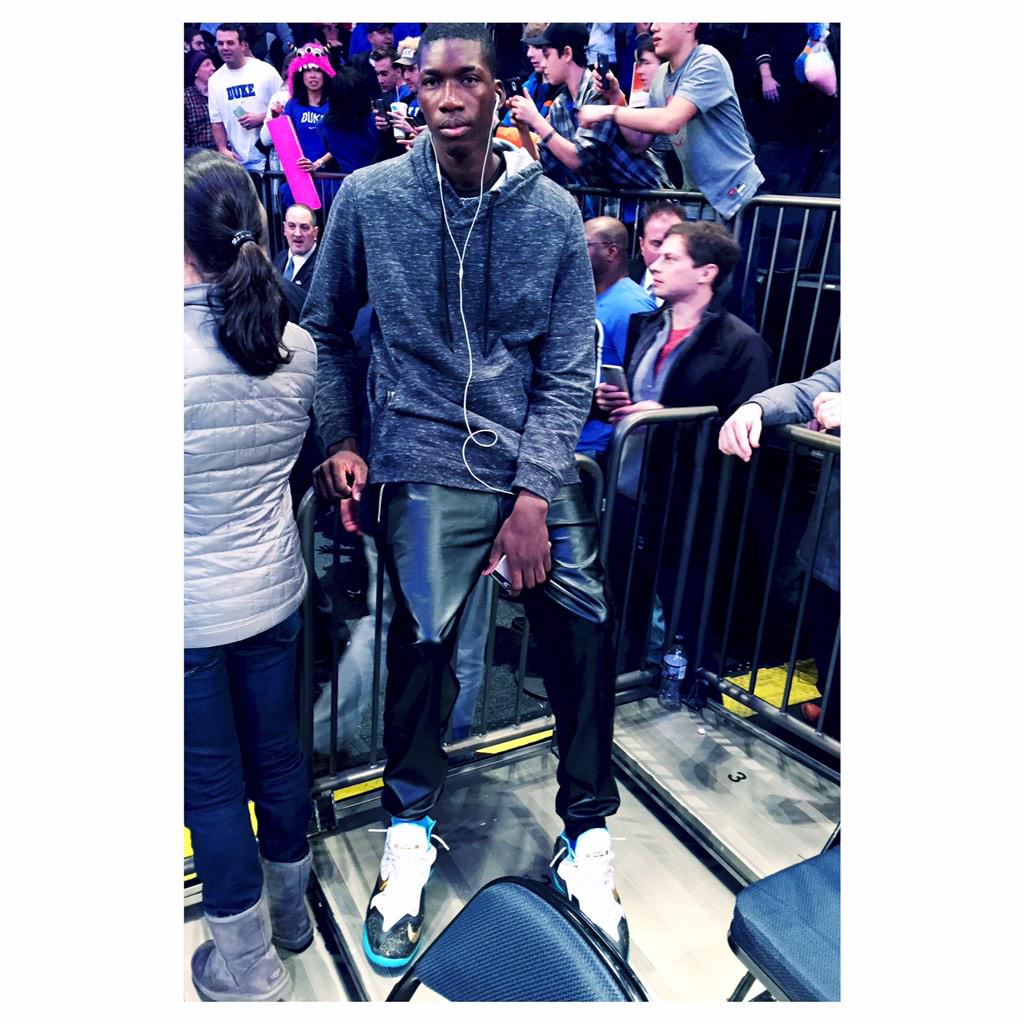 YORK — Cheick Diallo had a courtside seat for history on Sunday afternoon. The 6-foot-9 forward from Our Savior New American on Long Island sat courtside with teammate Kassoum Yakwe as Duke coach Mike Krzyzewski won the 1,000th game of his career with a come-from-behind 77-68 win over St. John’s. “Out here At #MSG watched #St. John’s vs #DUKE ????,” he Tweeted with this picture. St. John’s could’ve made quite an impression — on the college basketball world and on recruits — by knocking off the No. 5 Blue Devils but couldn’t close it out after taking a 10-point lead in the second half. Johnnies coach Steve Lavin hopes to add Diallo — projected as the No. 5 pick in the 2016 NBA Draft by DraftExpress.com — to a 2015 recruiting class that now includes guards Brandon Sampson of Louisiana and Samir Doughty of Philadelphia. The 6-7 Yakwe is a junior wing being courted by St. John’s, Kansas, Iowa State and others. Diallo is considering St. John’s along with Kentucky, Kansas, Iowa State and Pitt. “He’s still wide open,” a source close to Diallo recently told SNY.tv. “We will evaluate every single detail of each program.” Diallo, who was recently nominated for the McDonald’s All-American Game, has stayed out of the media because he rarely gives interviews, but he is expected to commit in “late April,” the source said. St. John’s recently helped its cause by landing Sampson, who took his official visit to the Queens school with Diallo and Isaiah Briscoe, who ultimately committed to Kentucky. The source said St. John’s “needs” to get a point guard to alleviate some of Diallo’s concerns going forward. It remains unclear what will become of sophomore guard Rysheed Jordan, who played very well in Sunday’s loss, notching 18 points, 4 rebounds and 3 assists. “We need to see who the point guard will be,” the source said. “That’s crucial for Cheick.”

Melo impressed by Okafor as Duke star helps Coach K get Win No. 1,000