Fan Poll: Who Should Be A McDonald's All-American? | Zagsblog
Follow @adamzagoria

Fan Poll: Who Should Be A McDonald’s All-American? 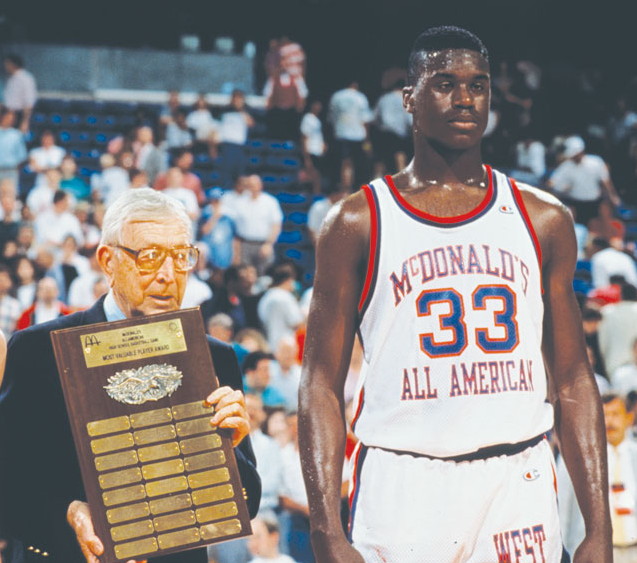 BY CHIP MILLER On April 1, the United Center in Chicago will be home to the 38th McDonald’s All-American games showcasing some of the best boys high school basketball seniors from around the country. Highly recognized as the most prestigious All-American honor a high school player can receive, the McDonald’s All-American game has been the home to many future NBA stars. Names like Shaquille O’Neal, Alonzo Mourning, Jerry Stackhouse, Kevin Garnett, Zach Randolph, LeBron James and Kevin Durant are just a few of the stars who have worn the red and yellow. This year is no different with the 24 of the top boys seniors getting their chance to make a lasting memory. The nominee list was released on Jan. 14 with the final 24 boys being named on Jan. 28 at 6 pm ET live on ESPNU. Here at ZAGSBLOG, we thought waiting until the end of the month for the official names was too long, so we’re going to give you, the fan, the opportunity to vote for your McDonald’s All-American Team now. We will release the final 24 players you have selected on January 27th, at 8 pm ET right here on ZAGSBLOG. [polldaddy poll=8598129] Follow Chip Miller on Twitter Follow Adam Zagoria on Twitter And Like Zags on Facebook