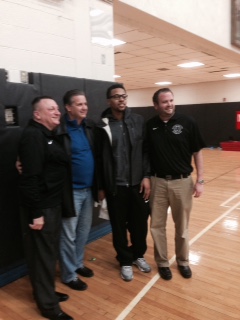 ELIZABETH, N.J. — John Calipari spends most of his time in Lexington, KY nowadays, coaching the undefeated and top-ranked Kentucky Wildcats. But the state of New Jersey has been good to him. With Michael Kidd-Gilchrist, Karl-Anthony Towns and now Isaiah Briscoe, Calipari has reached into the rich talent pool of the Garden State a number of times. Kidd-Gilchrist was the No. 2 pick in the 2012 NBA Draft. Towns is projected as a top-3 pick in 2015. And Briscoe is projected by DraftExpress.com as the No. 9 pick in 2016. “I’ve been coming to Jersey for a long time,” Calipari told SNY.tv before taking in Briscoe and Roselle Catholic Tuesday night against Elizabeth at the Dunn Center. “Towns has been great. Lot of talent here.” Briscoe and Roselle Catholic, the No. 5 team in the USA Today national rankings, beat Elizabeth Tuesday, 66-35, as Calipari and assistant coach Barry ‘Slice’ Rohrssen sat in the stands and greeted a slew of fans looking for pictures. Briscoe scored 18 points while South Carolina-bound forward Chris Silva led all scorers with 23. 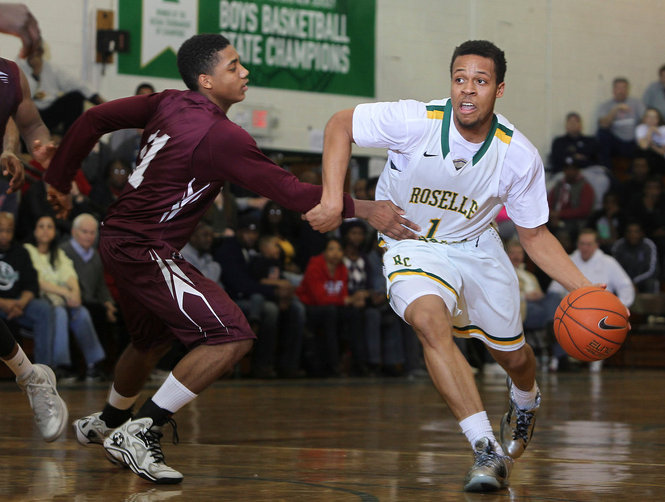 Briscoe said that the presence of his future coach didn’t faze him. “I’m just out there playing my game, regardless of who’s in the crowd,” Briscoe told SNY.tv. Calipari did have a few things to say to Briscoe, who is part of a three-man class that includes Memphis big man Skal Labissiere and Chicago guard Charless Matthews. “Cal said just keep it up,” Briscoe said. “My body’s gonna change when I get to Kentucky, I’m gonna play more defense, I’m gonna be a playmaker.” Dave Boff, the coach of Roselle Catholic, said that having Calipari in the stands didn’t put any additional pressure on him or his team. “No more than usual,” Boff said laughing. Roselle Catholic, already considered one of the best teams from New Jersey in the last decade because it starts five Division 1 players, improved to 3-0 and remains the best team in the state. Despite a slow pace, RC never trailed and outscored Elizabeth 35-19 in the first half. Follow Jeremy on Twitter