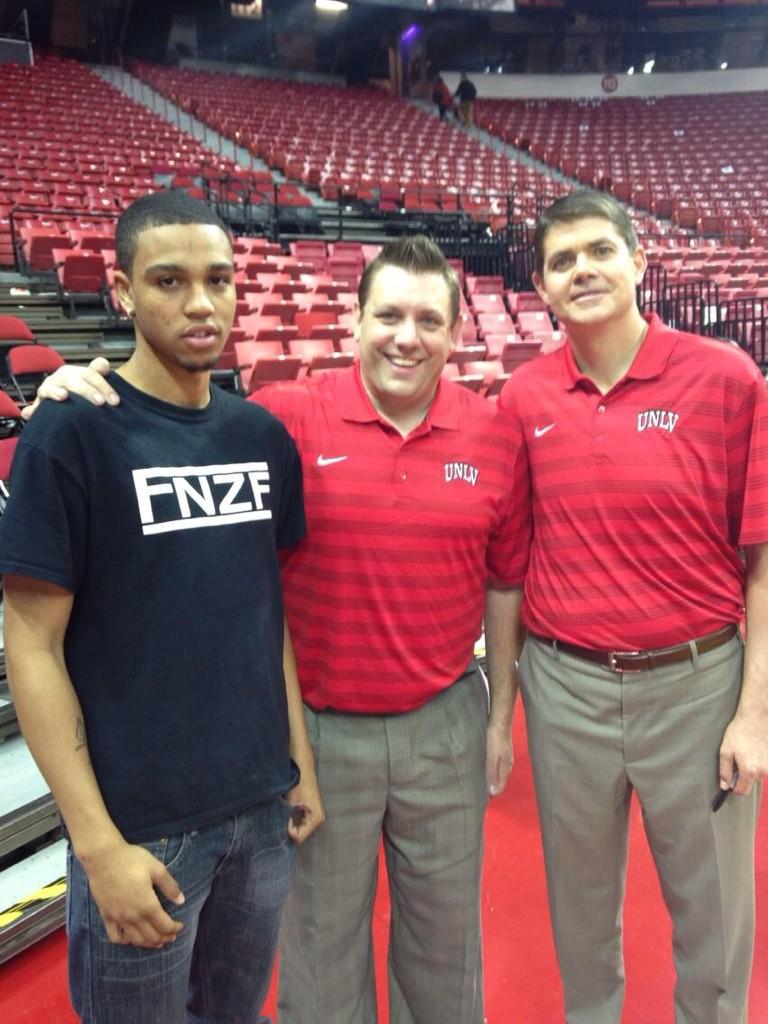 Jalen Poyser has committed to UNLV over Rhode Island and St. Bonaventure. Ranked No. 84 in the class of 2015 by Rivals, the 6-foot-4 Canadian point guard from Athlete Institute in Orangeville, Ontario is the first 2015 commit for the Running Rebels. UNLV also has a pledge from 6-7 2016 Findlay Prep forward Justin Jackson. “I am happy to let everyone know that I’m committing to the UNLV Running Rebels,” Poyser said on Twitter. “I think it’s the best decision for me and family. “They run a great basketball program with a promising future that I can be a key part of and help to build into something special. Myself, my family and some influential people in my life feel that coach Dave Rice and Todd Simon are outstanding coaches. I would like to thank Coach Rice and Coach Simon for the time and effort they spent in helping me to choose UNLV.” Simon coached Poyser for a year at Findlay Prep, and Poyser also liked the idea that former UNLV forward Anthony Bennett was the No. 1 pick in the 2013 NBA Draft. Poyser recently took an official to UNLV, and Rice and Simon followed up with a home visit last Monday with Poyser in Brampton, Ontario. “I like UNLV because my old high school coach coaches there and going there and I can make a big impact being a freshman,” Poyser told SNY.tv last month before his official visit. “I’ll get great minutes, and I’ll be able to play my game.