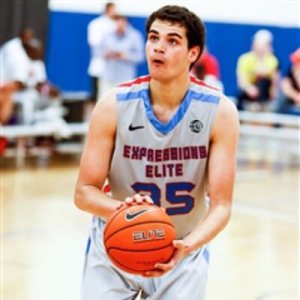 Aaron Falzon, a 6-foot-8, 210-pound power forward from Northfield (Mass.) Mount Hermon, is off the board to Northwestern. Ranked the No. 33 power forward in the Class of 2015 by 247Sports composite rankings, Falzon chose the Big Ten school over Harvard. “I chose them because it’s one of the best places for academics and athletics in the country,” Falzon told SNY.tv by phone. “Honestly, I just trusted Coach [Chris] Collins and his vision, and I see where he can take the program so I’m excited. “Coach Collins told me they need someone who can make a lot of shots.” NMH coach John Carroll said Northwestern is getting a player with a strong upside. “I’ve coach a lot of 3-point shooters in my career and Aaron is at the top of the list,” Carroll said.  “He’s 6-8 and can stretch any defense. He’s an attractive piece for the Northwestern roster. He’s a great kid who understands what it means to be a high-end academic student and the highest level basketball player having been ranked in the Top 100.” Falzon joins point guard Jordan Ash and power forward Derek Pardon on Northwestern’s 2015 class. And Like ZAGS on Facebook