Mickey Mitchell announced Thursday evening that he has officially decommitted from The Ohio State.

“I have officially decommitted from The Ohio State University and I would like to thank their coaching staff for recruiting me,” he Tweeted.

Mitchell’s older brother, Mike – a heralded linebacker who played as a freshman at Ohio State over the previous season – left the Ohio State football program in January, citing his father’s health as part of the reason. Mike eventually landed  at Texas Tech in Lubbock. 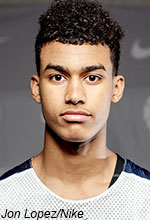 NEW YORK – Jordan Tucker may not be playing in the Under Armour Elite 24 game in Brooklyn on Saturday, but you’d never know it after watching him practice with the players who are slated to play in the prestigious game.

Tucker, a 6-7 wing who is rated 25th in ESPN’s Super 25 for the class of 2017, is from White Plains, New York and will be practicing with the other players not only on Thursday, but Friday as well.

“Everybody here can play,” Tucker told SNY.tv in regards to what this experience has been like for him. “Everybody’s a top player where they come from. You’ve got to come here and play hard or you won’t be able to show out.”

NEW YORK — Ivan Rabb has a high and low ankle sprain and can’t play in Saturday’s Under Armour Elite 24 in Brooklyn, but he’s here supporting his teammates.

“It’s a big bummer, but at least I get to come out here and support my guys,” Rabb told SNY.tv Thursday after practice. “I have a lot of friends and people who are here.”

Rabb suffered the sprain the day before cuts for the USA U17 team, but he ended up making the team and winning a gold medal with the U17 team in Dubai. 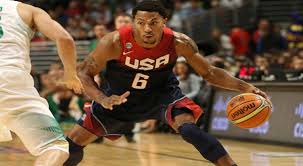 NEW YORK – Derrick Rose did not play on Wednesday evening when the United States National Team drilled the Dominican Republic, 105-62, at Madison Square Garden, but no one seems too concerned.

“It’s just body fatigue,” Rose said. “No, not the knees, you don’t have to worry about that. I warmed up with the team and everything. They gave me the opportunity to go out there and play or not, but I chose to rest a little bit.” 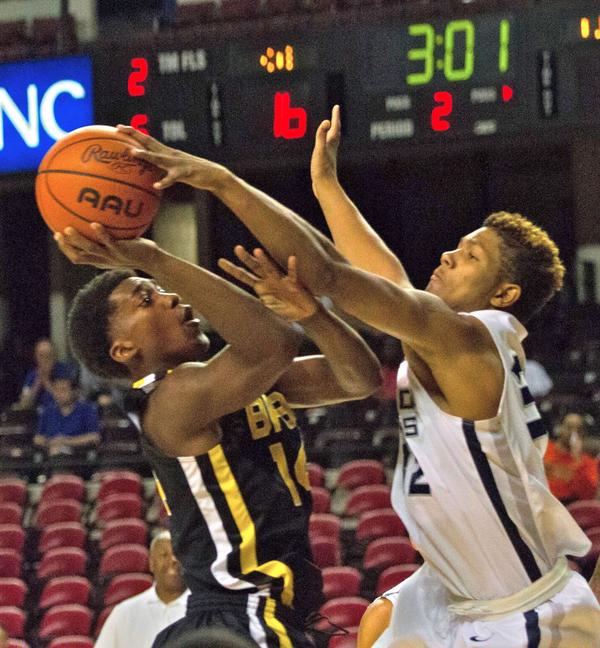 The 6-foot-4 combo guard from Tilton School (N.H.) says that Florida State was the leading school from the beginning.

“They’ve always been No. 1 on my list, and my favorite school in general,” Mann told SNY.tv. “I knew that this was my right spot for me, God is telling me.”

Southern Miss Transfer Aaron Brown Down to 5, Will Decide Soon

Southern Miss transfer Aaron Brown has a top five and hopes to make a decision in the coming few days, he told SNY.tv by phone Wednesday.

“I hope to decide this weekend,” he said.

The 6-foot-5, 215-pound Brown, who averaged 9.9 points and 4.3 rebounds last season at Southern Miss, is now considering Boston College, Iona, Oregon, Florida State and South Florida. He said some 22 schools reached out to him, but he had to narrow his list.

“Man, I don’t even know which coach is which [who’s calling],” he said. “It’s crazy but it’s exciting as well.”

The Cleveland prospect has also visited Ohio State — as the Buckeyes look to add to their massive 2015 class — but called his recruitment wide open.

Ahmad also said that he’s hoping to contribute immediately during his freshman season. That might be an attractive trait of Tulane — the sudden and surprising deep sleeper in his recruitment.