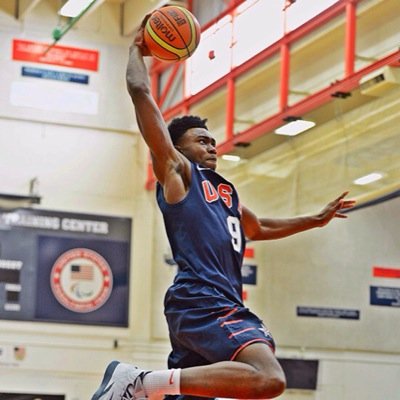 Following the Adidas Nations event this week in California, UCLA benefitted by hosting a trio of bigtime recruits in Jaylen Brown, Brandon Ingram and Thon Maker. “Coach Steve Alford is a real down to Earth,” the 6-foot-6 Brown told SNY.tv earlier this summer when he broke down his schools. “Coach [David] Grace is a real cool guy. Everything is great about that program and everything over there.” Actually, a water main recently broke at UCLA, flooding Pauley Pavilion but Brown told NBCSports.com before the visit he wasn’t concerned. “[The UCLA coaches] said that Pauley is down, but it’s alright,” Brown said. “Everybody is tweeting me like it’s going to have some type of effect on my decision or something. It’s not. It’s fine. “Kentucky fans have been using that to their advantage. It’s hilarious. They’re like, ‘Come to Kentucky, we have clean locker rooms,’ and stuff like that, but the UCLA fans go back at them like, ‘We’ll have brand-new locker rooms by the time you get there,’ so it’s funny to see stuff like that.” Brown also told NBC he’d like to take an official back to UCLA and also plans on taking both unofficials and officials to Kentucky. He will be in New York this weekend for the Big Strick Classic, and then again Aug. 23 for the Elite 24. After that, he said he plans on formulating a list of schools. Meantime, the 6-8 Ingram visited UCLA unofficially before heading to Duke Thursday for an official. After committing to Duke Monday night at Adidas Nations, Chase Jeter instantly began recruiting the North Carolina native to Duke. Ingram, who one NBA scout compared to Kevin Durant, has also been closely linked to North Carolina because he plays for Jerry Stackhouse’s AAU program. “I am looking for a program that has a great coaching staff that can make me better,” he told SNY.tv at Adidas Nations. “It’s also important that the coaches prepare me for the next level after college basketball.” As for the 7-foot Maker, he is the No. 1 player in the Class of 2016 and earned MVP honors in the Adidas Nations championship game after putting up 18 points and 8 rebounds in Team Lillard’s win. Maker, who says he’s unlikely to reclass to 2015, recently visited Kansas and Missouri and also plans to visit Arizona, Kentucky and Indiana this summer, his guardian Ed Smith told SNY.tv. Follow Adam Zagoria on Twitter And like ZAGS on Facebook