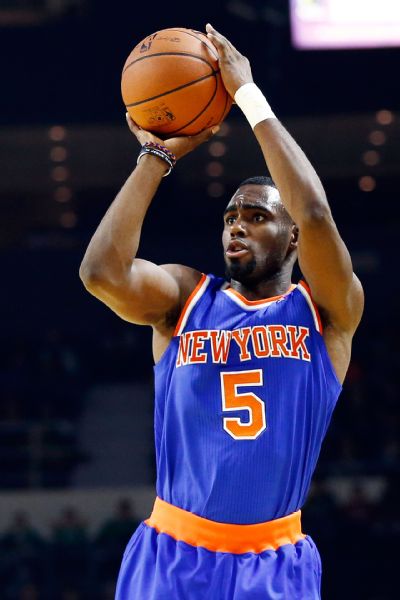 Knicks’ guard Tim Hardaway Jr. and Nets’ big man Mason Plumlee were among the 13 players named by USA Basketball Tuesday to the Select Team that will practice against Team USA for the upcoming FIBA World Championship in Spain.

“It’s an honor and privilege to be able to have such a wonderful opportunity playing with the USA Select Team,” Hardaway Jr. wrote on Instagram.  “Dreams are becoming a reality. Thank you all for the support along the way.” 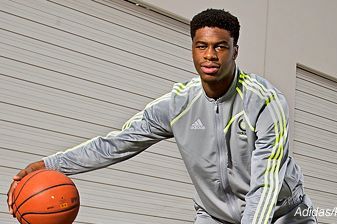 Former SMU pledge Emmanuel Mudiay has signed with Chinese club Guangdong, according to a report from Sportsando.

Adrian Wojnarowski of Yahoo! Sports reported that the one-year deal is worth $1.2 million.

The 6-foot-5 Mudiay opted to play overseas instead of attending SMU amid reports both that he wanted to support his family and was uncertain whether he would pass through the NCAA Clearinghouse.

In China, Mudiay will be out of sight and out of mind, but one NBA scout said he could still be in the mix for the No. 1 pick in the 2015 NBA Draft.

Here’s a quick roundup of some recent recruiting news:

**Greek forward Konstantinos Mitoglou has signed with Wake Forest beginning with the 2014-15 season.

“We are excited to welcome Dinos into the fold,” said head coach Danny Manning. “He is a skilled big man who is just scratching the surface of his potential. He comes from a wonderful family, and he has been well-coached throughout his young career. We are looking forward to getting him on campus and integrating him into our team.”

The 6-10, 225-pound Mitoglou (nicknamed “Dinos”) is one of the top young players in Greece and will suit up for the country’s U18 national team in this month’s U18 European Championship July 24 through Aug. 3 in Konya, Turkey.

Diamond Stone, the 6-foot-10 big man from Milwaukee Dominican, will announce his college choice Nov. 12, the first day of the NCAA early signing period, he told Evan Daniels of Scout.com.

Stone is considering Wisconsin, Kentucky, UConn, Kansas, Duke and UCLA, among others.

He and point guard Malik Newman have talked about a package deal, with UConn and Kansas thought to be the most likely landing spots for the combo package.

But the 6-4 Newman told SNY.tv Monday night that he doesn’t have a date set for his announcement, and will likely announce on a different date from Stone.

“My boy committing before me…wish him the best of luck… @Diamond_Stone33 don’t mean that’s the school I’m going to tho…,” he Tweeted.

Newman has insisted all along that he and the 6-foot-10 Stone will be a package deal in college, telling Steve Jones of the Louisville Courier-Journal, “I think that team [that gets us] is going to win the NCAA championship.”

Briscoe Says St. John’s, Arizona, Rutgers Call Him the Most 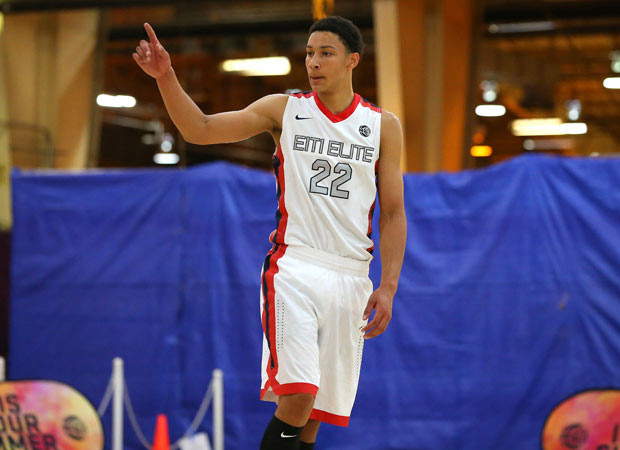 NORTH AUGUSTA, S.C. –– After watching all five days of the Peach Jam, here are the ZAGSBLOG All-Peach Jam teams comprised by a small panel of writers and recruiting experts who were on hand.

This is based not on their reputations, not on their potential and not a single-game’s performance, but on how they played in total there and who went furthest in the tournament based on the five days of play.

To the victors go the spoils, hence the three members of the Playaz Basketball Club on the two teams.

We picked a Baker’s Dozen of 13 players, six on the First Team and seven on the Second Team. 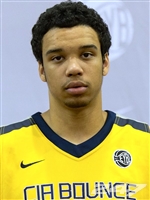