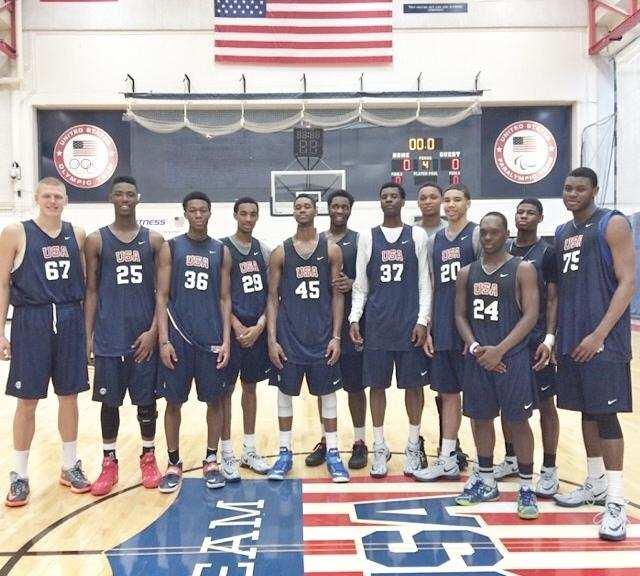 Fans in the United States will be able to watch all of the 2014 USA Basketball Men’s U17 World Championship Team’s games live from the FIBA U17 World Championship in Dubai, United Arab Emirates, on various ESPN networks. The U.S. squad’s opening game versus Greece on Aug. 8 will be carried on ESPN3 at 1 p.m. (all times listed are EDT), followed by a clash against Angola on Aug. 9 to be televised on ESPNU and available on WatchESPN at 8:30 a.m., while the USA’s final preliminary round game against Philippines on Aug. 11 can be seen on ESPNU and WatchESPN at 10:45 a.m. Should the U.S. squad advance, ESPNU/WatchESPN or ESPN3 will carry the USA’s round of 16 (Aug. 12, time TBD) quarterfinal (Aug. 14, time TBD) and semifinal (Aug. 15, time TBD) games. The 2014 FIBA Men’s U17 World Championship gold medal game will be carried on ESPN3 on Aug. 16 at 1:00 p.m. “ESPN is providing great exposure for USA Basketball’s Men’s U17 World Championship Team and for FIBA and international basketball,” said USA Basketball CEO/Executive Director Jim Tooley. “I think fans across the country will really enjoy watching these young stars compete for their country. The USA is hoping to defend its title at the FIBA U17 World Championship, but there are plenty of talented teams from around the world that are also hoping to claim gold. This event truly showcases America’s future in basketball. In 2010 we had players such as Bradley Beal and André Drummond suit up for the USA U17 World Championship Team and now they’re in the mix for this year’s USA World Cup Team. In 2012, the team included Jabari Parker, who was the No. 2 selection in the 2014 NBA Draft. I think that fans tuning into these games will really enjoy the talent on display; it will truly be an exciting event to watch.” The 2014 FIBA U17 World Championship For Men, hosted Aug. 8-16 by Dubai, United Arab Emirates, will feature 16 national teams that qualified through their FIBA zone tournaments. Players eligible for this competition must be citizens of the country they represent and have been born on or after Jan. 1, 1997. Two-time defending U17 gold medalist, the USA has a perfect 16-0 record at the U17s. The U.S. qualified for this year’s U17s by virtue of its gold-medal finish at the 2013 FIBA Americas U16 Championship. Currently training at the U.S. Olympic Training Center in Colorado Springs, Colorado, the 2014 USA U17 World Championship Team will continue practicing twice daily through Aug. 1 before traveling to Doha, Qatar, to train Aug. 3-5. The squad will arrive in Dubai on Aug. 6 for its final days of training prior to the tip-off of the third FIBA U17 World Championship for Men. The 2014 USA U17 World Championship Team was named on July 29 and includes: Tyus Battle (Gill St. Bernard’s School/ Edison, N.J.); Henry Ellenson (Rice Lake H.S./Rice Lake, Wis.); Terrence Ferguson (Prime Prep Academy/Flower Mound, Texas); Harry Giles (Wesleyan Christian Academy/Winston-Salem, N.C.); Josh Jackson (Consortium College Prep H.S./ Southfield, Mich.); V.J. King (St. Vincent-St. Mary H.S./Akron, Ohio); Malik Newman (Callaway H.S./Jackson, Miss.); Ivan Rabb (Bishop O’Dowd H.S./ Oakland, Calif.); Devearl Ramsey (Sierra Canyon H.S./Los Angeles, Calif.); Diamond Stone (Dominican H.S./Milwaukee, Wis.); Caleb Swanigan (Homestead H.S./Fort Wayne, Ind.) and Jayson Tatum (Chaminade College Prep/St. Louis, Mo.). The USA U17 squad is coached by five-time USA Basketball Developmental Coach of the Year Don Showalter (Iowa City High School, Iowa) and joining him on the sideline as USA assistant coaches are Eric Flannery and L.J. Goolsby.