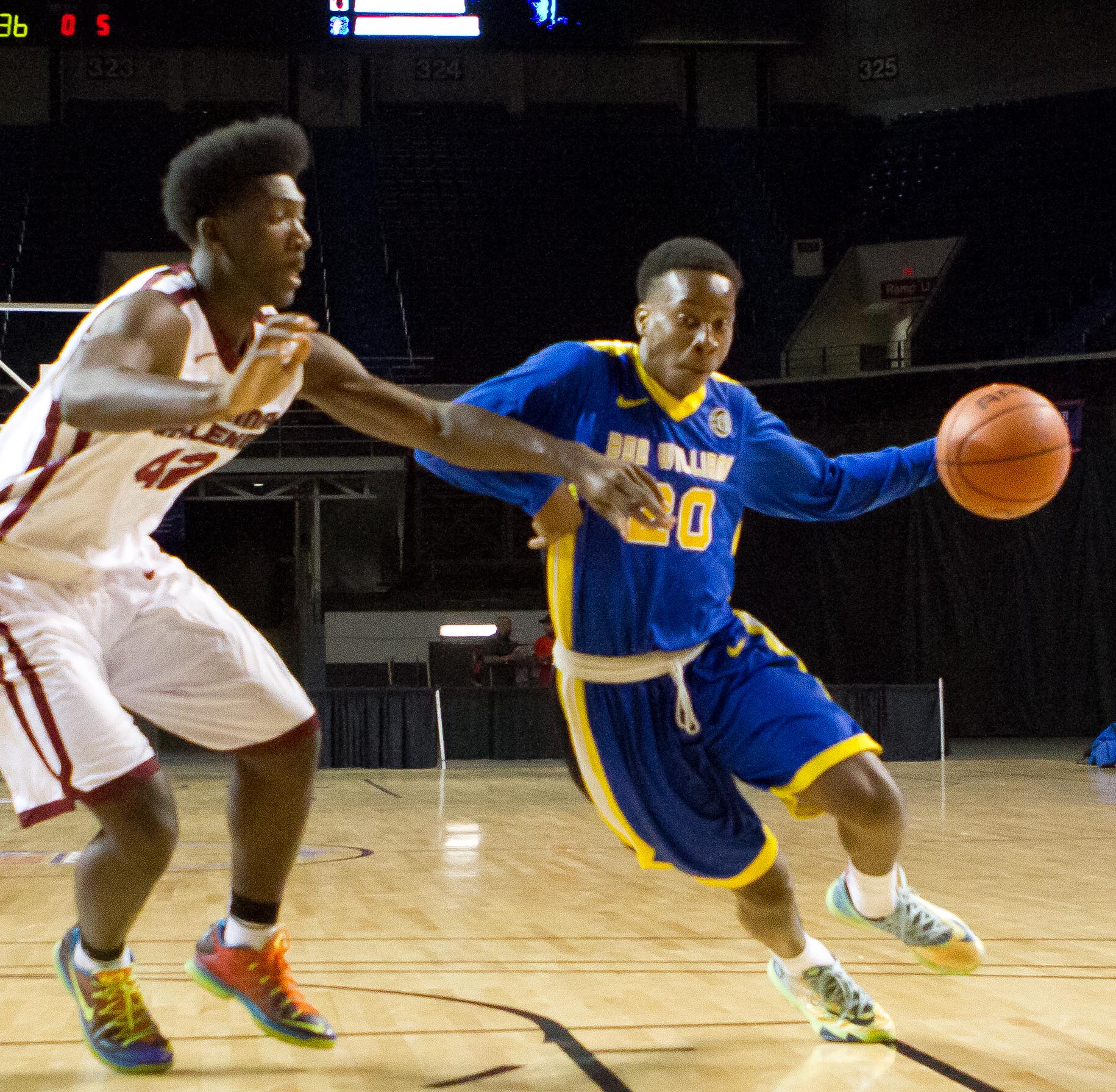 By JACK LeGWIN Special to ZAGSBLOG LOUISVILLE, Ky.- Matt Coleman just gets it. He realizes what it takes to win. That is why he could be a future superstar at the point guard position. “There aren’t many of us from 2017 that get to play in the EYBL,” Coleman told SNY.tv. “I’m starting and playing minutes too, so it’s a blessing really. Not many people get this chance to play this early on the EYBL. I’ve got 2 more years, so I’m going to keep growing and keep getting better.” The 6-foot-1, class of 2017 lefty point guard from Maury (Va.) has led Boo Williams this summer to back to back successful showings, at Peach Jam, reaching the semifinals before losing to Team Penny 77-68, and at the Super Showcase, winning it all. “It was great to play on ESPN (at Peach Jam),” Coleman said. “You see the cameras, but when the game starts, you don’t really let that get to you, the plus is that it’s just on TV.”  Playing in front of coaches that included North Carolina’s Roy Williams and Hubert Davis, Virginia Tech’s Buzz Williams, VCU’s Shaka Smart and Boston College’s Jim Christian, Coleman led Boo Williams to a 39-33 semifinal win in a slugfest over BABC that gave Boo Williams their first win over BABC this summer, which they followed up with a championship win over Alabama Challenge, 64-51. “It feels great,” Coleman said. “It always feels good to win. I’ve never won a national showcase before, so it feels good.” If you want to get onto the comparison side of the story, Coleman says that he’s heard comparisons to a lefty that made some serious noise at Oak Hill Academy and is currently a Detroit Piston. “I’ve heard that I look like a little Brandon Jennings,” Coleman said. A rising sophomore, Coleman has already received offers from Memphis, Cincinnati, Virginia Tech, Virginia, VCU and Old Dominion, and interest from UNC, Ohio State, Florida, UCLA, Indiana, Notre Dame, FSU and Miami. “We got some great pieces coming along next year,” Coleman said. “So look for that next year. Boo Williams: Peach Jam Champions.” Photo- Hardy LeGwin Video- Daren Scarberry Follow Jack on Twitter