No. 1 Pick Wiggins Thrilled to Play With LeBron 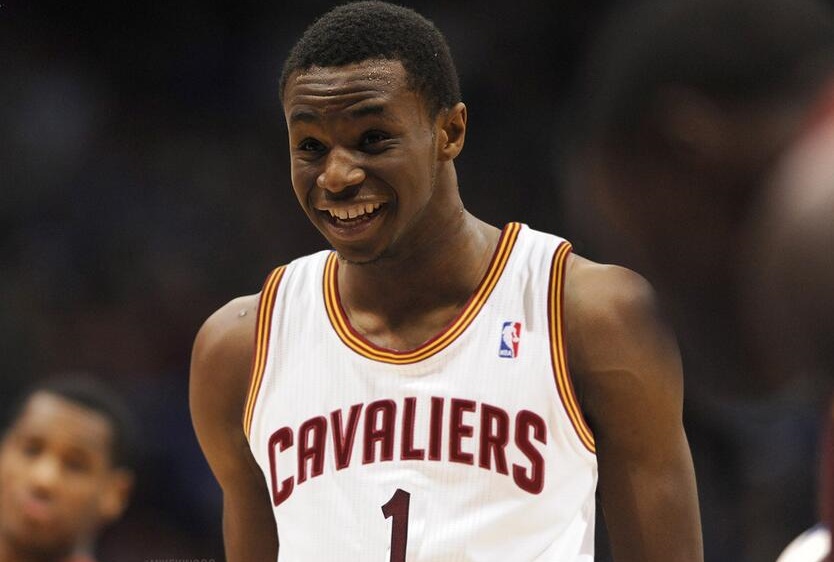 Before the NBA Draft last month, Andrew Wiggins said he would love to some day play with LeBron James. Now that day will become a reality — assuming the Cleveland Cavaliers hold on to Wiggins and don’t deal him — and Wiggins is thrilled. “Oh, it’s a big day, we got the win and best of all we got the best player in basketball coming to play on our team,” Wiggins told NBA TV after putting up 18 points in his NBA debut, a 70-68 win over Jabari Parker (17 points, nine rebounds) and the Milwaukee Bucks in the Las Vegas summer league. “It’s going to be a great learning experience for all of us on the team. We get to go under his belt and see how hard he works and what it takes to get to his level.” Wiggins said he hasn’t spoken with King James since James dropped the bombshell earlier Friday that he was coming home to play for the Cavaliers. “Not since the trade, he’s probably really busy,” Wiggins said. The Cavaliers now have four No. 1 draft picks — all drafted by them — in James, Wiggins, Kyrie Irving and Anthony Bennett. Asked if he sensed an added excitement around the Cavaliers now, Wiggins said: “Oh, you can just feel it. He’s back home, his hometown. He’s going to make a big difference wherever he goes. He chose to go back home so it’s going to be a big year for us.” James didn’t mention Wiggins or Bennett in his SI.com letter on Friday, fueling speculation that either or both could be dealt for Kevin Love, but James did say he’s looking forward to mentoring the young Cavs. “I see myself as a mentor now and I’m excited to lead some of these talented young guys,” he wrote. “I think I can help Kyrie Irving become one of the best point guards in our league. I think I can help elevate Tristan Thompson and Dion Waiters. And I can’t wait to reunite with Anderson Varejao, one of my favorite teammates.” **For previous articles on Andrew Wiggins, click here. Follow Josh Newman on Twitter