St. John’s decision to discontinue the recruitment was independent of the decision made Monday at the University of Oregon, the source said.

Oregon on Monday said that three former basketball players — Artis, Damyean Dotson and Brandon Austin — have been suspended as students for a minimum of four years, and up to 10 years, as a result of rape allegations involving a freshman student. 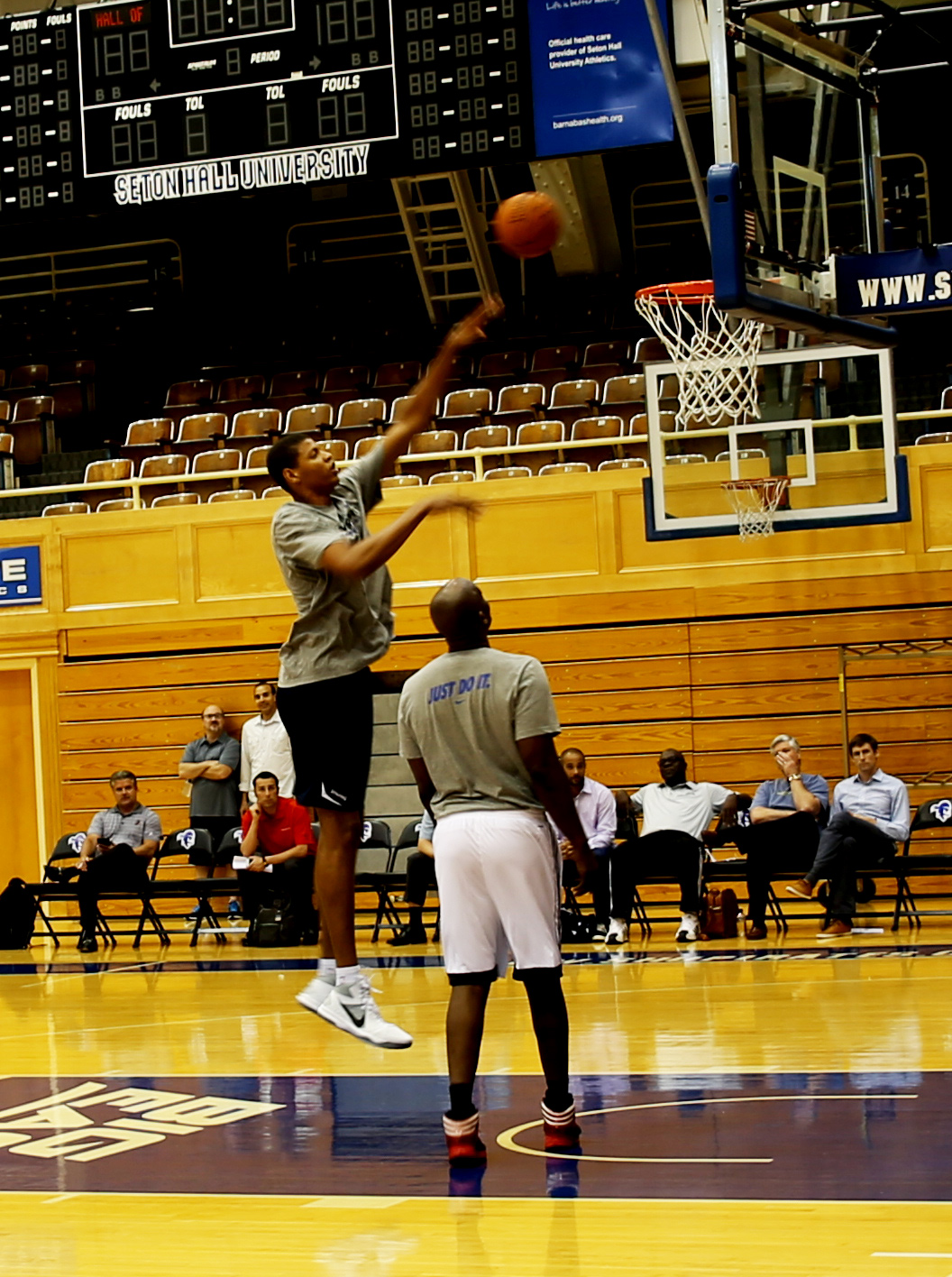 His name is Walter Tavares.

A native of the the island country of Cape Verde — located 350 miles off the coast of West Africa — Tavares only began playing basketball at the age of 17.

Now he’s 22 and is projected as a late-first or early second-round pick in the NBA Draft. DraftExpress.com has him going No. 31 on Thursday to the Milwaukee Bucks, while some think he might be prime pickings for the reigning NBA champion San Antonio Spurs at No. 30 because of their history of stashing players overseas.

Tavares, who was coming off a flight from a workout in Phoenix, has already worked out for the Suns as well as Miami, Atlanta, Memphis, San Antonio and Indiana. He is signed with Gran Canaria for next season and has a $600,000 buyout, his agent, Andy Miller, told SNY.tv.

Haley says that he takes it as an honor to be compared to the former Suns and current Lakers point guard, as well as a figure that has been a big part of his development.

“It’s a great honor to be considered one of the best players ever from BC,” Haley told SNY.tv. “Up there with Steve Nash and my coach Pasha Bains who most say is the greatest high school player to come out of BC. I hope I can carry their legacies and make the province proud.”

Fulford has coached a slew of NBA and Division 1 players, most notably Andrew Wiggins, who could be the No. 1 pick in Thursday’s NBA Draft, and Gorgui Dieng of the Minnesota Timberwolves. This year’s team sent JaQuan Lyle to Oregon, Jalen Lindsey to Providence and Josh Perkins to Gonzaga.

“It’s bittersweet for me,” Fulford, who went 138-17 in five seasons at Huntington Prep, told the Kansas City Star “I’ve poured my heart and soul out here. I’m from West Virginia, so I’ve never left home. Just in speaking with (head coach Kim Anderson) on the phone early on in the process and once I made it to Columbia to do my interviews, there was just a feeling around town, a new excitement for Missouri basketball.”

As expected, the USA and Canada will play Tuesday for the gold medal in the FIBA Americas U18 Championship in Colorado Springs, CO.

The U.S. advanced Monday with a 90-56 win over the Dominican Republic, while Canada beat Argentina, 91-82.

The on-again, off-again relationship between Leroy Butts and Rutgers is off again.

“I re-opened my recruitment,” he told SNY.tv by text. “I wanted to see who else was interested in me.”

Butts in November picked Rutgers over Miami, Cincinnati and DePaul, saying “It’s a great fit for me.”