Missouri made a bold move Monday with the hiring of former Huntington Prep head coach Rob Fulford. Fulford has coached a slew of NBA and Division 1 players, most notably Andrew Wiggins, who could be the No. 1 pick in Thursday’s NBA Draft, and Gorgui Dieng of the Minnesota Timberwolves. This year’s team sent JaQuan Lyle to Oregon, Jalen Lindsey to Providence and Josh Perkins to Gonzaga. “It’s bittersweet for me,” Fulford, who went 138-17 in five seasons at Huntington Prep, told the Kansas City Star “I’ve poured my heart and soul out here. I’m from West Virginia, so I’ve never left home. Just in speaking with (head coach Kim Anderson) on the phone early on in the process and once I made it to Columbia to do my interviews, there was just a feeling around town, a new excitement for Missouri basketball.” “I couldn’t be more excited to welcome Rob to the Mizzou family,” Anderson said in a statement. “Rob is obviously an outstanding coach and he won at an incredible level at Huntington Prep. He is well-respected by his peers and will be a great asset to our program. 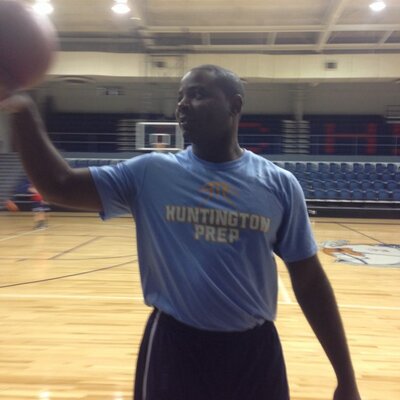 Arkell Bruce, a former Fulford assistant who has been with him since they were together at Mountain State Academy, will take over a Huntington Prep program that could return 2015 wing Montaque “Teki” Gill-Caesar, now playing with the Canadian U18 team in the FIBA Americas championship, 2015 forward Thomas Bryant and 2016 small forward Miles Bridges. Bruce said he expects all of those players to return, but indicated it was possible that Gill-Caesar could opt to go to college next year. He could have opted to reclass and be in the Class of 2014, but in April his AAU coach, Tony McIntyre, said he wasn’t going to do so. Still, ESPN’s Jeff Goodman suggested on Twitter that Gill-Caesar could land at Missouri next season. Bridges also has a Missouri offer. Bruce said it was possible Gill-Caesar could go the college route. “It’s a possibility,” he said. “I’ll sit down and talk with Teki. I’m pretty sure he’ll talk with his AAU caoches and his mother and they’re going to do what’s best for Teki. Whatever he decides, he has all my blessing and I hope it works out for him and I’ll help him in any way possible.” Other than that possibility, Bruce said he expects the rest of the team to return. “Oh yeah, definitely,” he said. “I have a great relationship with all the guys. I love them, they love me and I hope that they lead us to a national championship.” Bruce said they may add some new pieces going forward. “It’s still a little bit too early,” he said. “We’re hoping some key guys can come in and be able to jell as a team with the pieces that we have now. We’re not too far off as to where we need to be. We just need to bring in guys that are going to come in and buy in, not averaged 20 or 30 a game.” Bruce said he hopes to continue Huntington Prep’s strong tradition. “It definitely means a lot,” he said. “When I joined Rob at Mountain State Academy and came to Huntington and we started Huntington Prep five, six years ago together, we never thought it would take off as big as it did. And he’s blessed and fortunate enough to be in the position he’s in now. And he left behind a great program that I hope to help keep moving forward.” Photos: Huntington Prep