After initially planning to play summer league with the Philadelphia 76ers, former Seton Hall standout Fuquan Edwin will now join the Oklahoma City Thunder in Orlando, his agent told SNY.tv Friday. “I was actually looking forward to [the Sixers] too but as of right now with pro basketball it’s a business so you try to figure out what situation is best for you and I trust in my agent [Joel Bell] a lot and I know he knows what he’s doing,” Edwin told SNY.tv by phone Friday. “If he feels OKC is the best fit then we’re going to work with that.” Edwin worked out for the Thunder, among other teams, and believes they like his game. “I’m just going to show them what they already know about me,” the Paterson, N.J., native said. “They’ve been recruiting me for a long time at Seton Hall. I just want to show that I can translate what I  did in college into pro basketball.” Obviously, if Edwin ends up making the team he would play alongside stars Kevin Durant and Russell Westbrook. “It would be awesome,” Edwin said. “It would be a great experience just learning from them two guys. They’re both excellent leaders at taking in young guys. They’ll be able to lead the way and help us get through it.” The Big East Defensive PLayer of the Year, Edwin averaged 14.5 points, 3.5 rebounds and 2.7 steals last season for the Pirates. KILPATRICK TO THE SIXERS 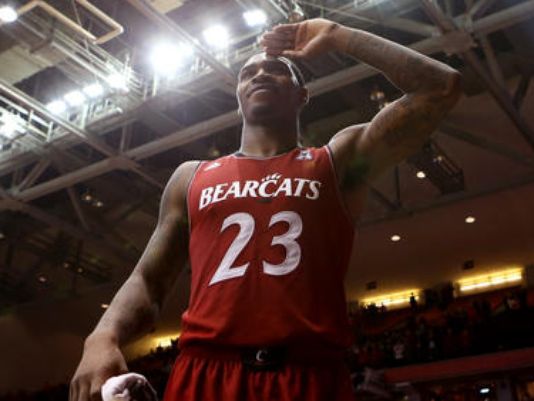 Sean Kilpatrick, a 6-foot-5 shooting guard from Cincinnati who was a first-team All-America selection, will join the Philadelphia 76ers summer league team in Las Vegas, USA Today reported. “He’s an All-American. He has a great pedigree,” his agent, Zach Kurtin, told the paper “Sometimes seniors are just hiding in plain sight. The cream rises to the top, and we think he’ll do a great job in summer league.” Kilpatrick, a White Plains, N.Y., native who has a young daughter he must provide for, is only the second first-team Associated Press All-America ever to go undrafted. At 24, he was considered too old by many NBA personnel. But as a free agent, he can now sign anywhere even though he’s committed to the Sixers, who also have former St. John’s forward JaKarr Sampson. “He has options as a free agent,” Bearcats coach Mick Cronin told the paper. “He is going to have a good career. His will and spirit are second to none and he will not be denied.” And Like ZAGS on Facebook