Newman-Stone Package Not a Certainty 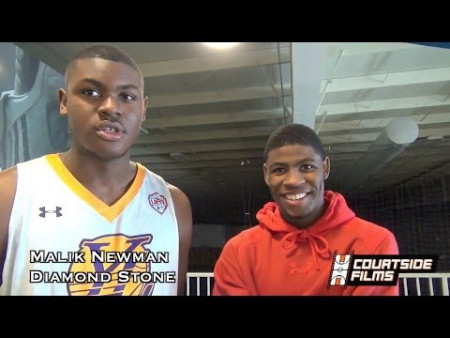 Robert Stone, the father of five-star 2015 center Diamond Stone, says a package deal involving his son and point guard Malik Newman is not a certainty. “Our objective is to put Diamond in the best position to meet his goals and be successful and I’m sure the Newmans feel the same,” Robert Stone told InsideMDSports.com. Newman previously told SNY.tv the package would be a done deal. “It’s 100 percent,” the 6-foot-3 Newman told SNY.tv last month. “Hopefully, everything works out, but right now everything is going good. That’s the plan — we don’t plan on changing. “We try not to talk about it every day, but at least once a week. Just keep it fresh, keep it on our mind, so we try to talk about it at least once a week.” The Jackson (MS) Calloway guard didn’t want to name a favorite, but lists UConn, Kansas, Kentucky, N.C. State and Mississippi State as the programs recruiting him the hardest. Stone holds offers from UConn and Kansas and recently visited UConn by himself. “I just want to go wherever I can show my talent, and somewhere that’s going to make and push me to work hard each and every day,” Newman said last month.