By ADAM ZAGORIA & MATT JESSEN-HOWARD Like many other elite players in the Class of 2016, 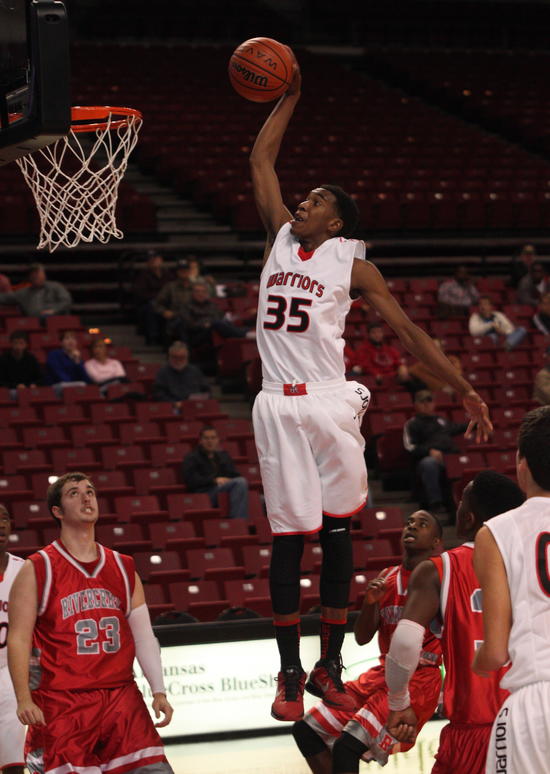 Malik Monk has been hearing from a lot of college coaches since Sunday at midnight. Kentucky’s John Calipari, Kansas’s Bill Self, Indiana’s Tom Crean, Wake Forest’s Danny Manning and Arkansas’s Mike Anderson are among the coaches who have called the 6-foot-4, 180-pound combo guard since Sunday. His latest offers came from Wake Forest and Tulsa. “We’re trying to keep it at a level where it’s not overwhelming to him,” Marcus Monk, Malik’s brother, told SNY.tv from the NBA Top 100 Camp in Virginia. Malik Monk lists offers from Arkansas, Baylor, Florida, Indiana, Kansas, Memphis, SMU, Tulsa and Wake Forest, among others. Of those six, he recently told SNY.tv in an exclusive interview that Arkansas, Florida, and SMU are recruiting him the hardest. But others are working hard, too. “Kansas has been on him for a while,” Marcus said. “They’ve been on him for a while. Kentucky has been very active. Arizona’s been active. They’ve started contacting him since Minnesota. Louisville’s been active. “And then it’s pretty much the schools that he has offers from, like Baylor, they’ve been consistent as well.” Marcus said no visits are planned for right now because Malik has a busy summer coming up with the Kyrie Irving and LeBron James Nike Skills Academies, as well as Peach Jam. Although he hasn’t named a favorite, the 5-star shooting guard knows what he’s looking for in a school. “Somewhere where you can get teammates involved and where teammates also share the ball well, where you can make mistakes without the coach being mad,” Malik said. “The most important factor is just good teammates and being able to relate to the coach and the coaching staff.” Follow Matt on Twitter