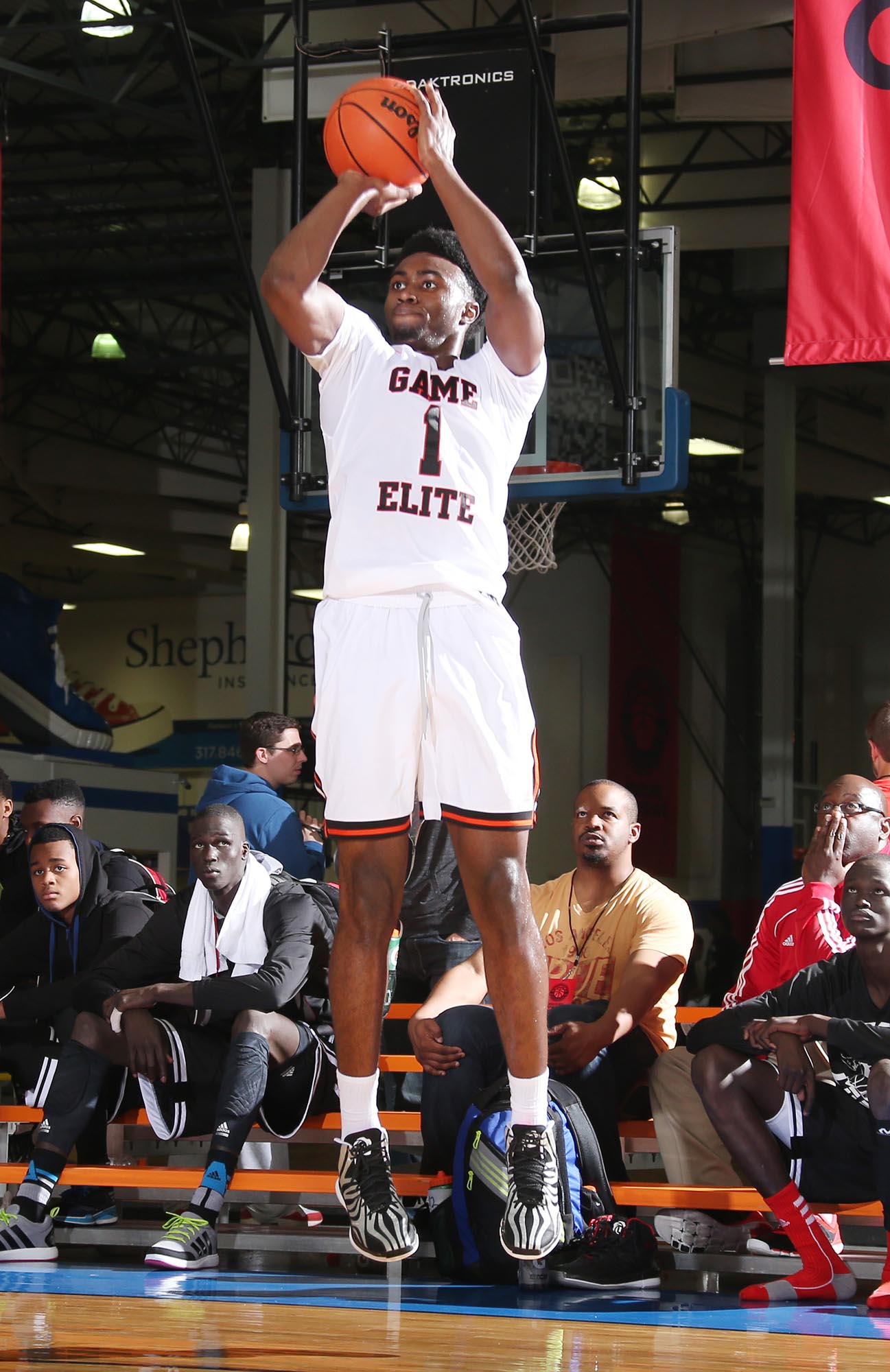 Jaylen Brown, a 6-foot-7 2015 wing from Marietta (GA) High School, is currently in Treviso, Italy with Team USA at the Adidas Eurocamp. Brown went for 15 points, six rebounds and four blocks Saturday as Team USA fell to the France U20 team, 77-67. Thon Maker, 2016 7-footer from The Carlisle (Va.) School who may reclass to 2015, led Team USA with 22 points and six rebounds. “It means everything to me,” Brown told SNY.tv contributor Chip Miller before he went to Italy. “It means everything to go over there and represent your country against the top international players, so I am looking forward to it.” Ranked No. 4 in 2015 by Scout.com, Brown is considering  Kentucky, UCLA, Georgia, Georgia Tech, Florida and Kansas, among others, but recently said he may decide this summer in order to get his recruitment over with. While in Italy, Brown also told Steve Kyler of BasketballInsiders.com that he has narrowed his list in his mind but won’t reveal it yet publicly. “I know a lot of people would kill to be in this type of situation, but it’s a blessing and a curse at the same time,” Brown told Steve Jones of the Louisville Courier-Journal. “… I will say I am getting tired of the recruiting process. It’s getting annoying coaches calling my phone, so I might be making an early decision. Who knows?” Brown told Smith he has had in-home visits with coaches from Kentucky, Kansas, Georgia, Georgia Tech, Florida and Oklahoma State. Of the home visit with Kentucky assistant Kenny Payne on Easter Sunday, Brown told Miller: “It was good. We talked a lot about Kentucky and stuff like that. Then I got to talk to coach Cal and everything. He should be coming to visit me soon he says.” Kentucky has offered and appears to be targeting Brown and possibly Derrick Jones at the small forward spot. “I feel like I could fit in the Kentucky type of playing style,” Brown told the Courier-Journal. “They get up and down the floor. The freshmen come in and play right away. They move the basketball. Coach has a good relationship with all the kids, so I feel like I could play in that environment.” Brown also told Miller UCLA was an option. “They offered me a scholarship a couple of months ago,” Brown told Miller. “I talk to the head coach a lot. I talk with Jordan Adams a lot. The coaches down here came and showed a lot of love. Kansas is also involved. “I haven’t talked to Bill Self yet,” Brown told Miller. “They haven’t offered me a scholarship yet. But they said they were going to heat up their recruitment process. Same thing like Kentucky said. They wanted me to get down to the school, they wanted me to come to the University.” Of course, Georgia, Georgia Tech and Florida are all close to Brown’s home in Georgia. Brown told Miller he wants “somewhere I can feel comfortable at, somewhere I can thrive at, get a good education at, have a lot of fun and just evolve as a player and as a student, as a basketball player and as a person.” Follow Adam Zagoria on Twitter And like ZAGS on Facebook