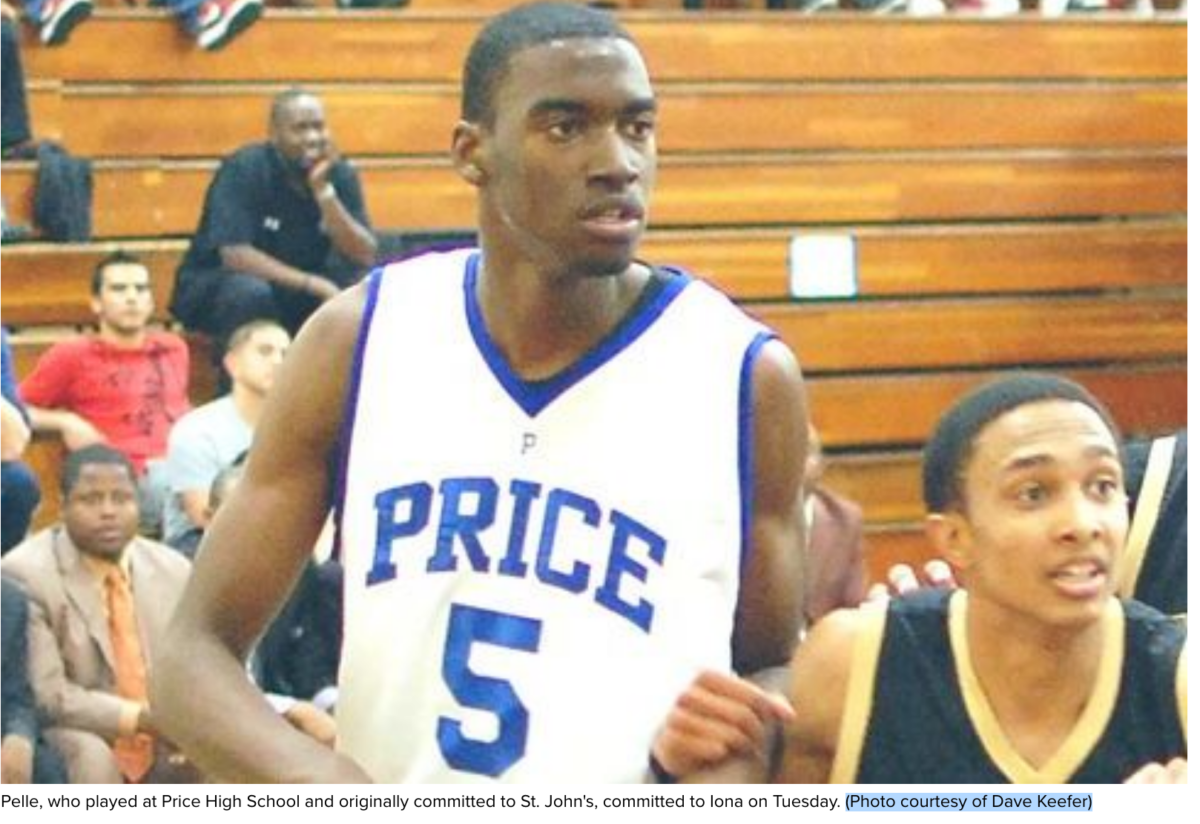 By JOSH NEWMAN NEW YORK – Having never played a minute of college basketball, Norvel Pelle knew he would be behind everyone else in the D-League. Pelle, Rivals’ top-ranked center in the Class of 2011, played 35 games for the Delaware 87ers last season, but logged just 13.1 minutes per contest and averaged just 5.5 points and 3.1 rebounds. “It’s been real good, just a learning experience on and off the floor,” Pelle told SNY.tv at the RBA Showcase at Basketball City on Sunday afternoon. “I got to know the terms of the NBA, the different positions. All in all, it was a good experience. I really feel like last year, for me, that was college in terms of just learning the game. I wanted to play more, but any experience I got was valuable. I know I needed to develop.” An athletic, yet enigmatic 6-foot-11 big man from Compton, Calif., Pelle originally committed to St. John’s as part of its blockbuster recruiting class of 2011. He was declared ineligible in Dec. 2011, along with JaKarr Sampson and Amir Garrett.  He committed to Iona in Aug. 2012, called by some the biggest recruit in the history of the MAAC, but never made it to New Rochelle either because of grades.  Despite no college basketball experience, hype and potential were enough to get Pelle to the NBA Draft Combine in Chicago after he declared. He eventually pulled his name out of the draft, opting for the D-League instead of Europe. He went sixth overall in November’s D-League Draft to the 87ers and now, 25 days from this NBA Draft, he finds himself in a comparable position to a year ago in that his future is anything but set. “I’m always behind the 8-ball because pretty much everyone I play against went to college,” said Pelle, who has worked out for the 76ers and Raptors this spring. “I came straight out of prep school. I’m definitely a step behind, so I have to work twice as hard.” One thing Pelle seemed unwilling to do last year was go to Europe, noting after the D-League Draft that he had a desire to be closer to home and gain some more exposure that way. He tried it that way last season, but if he goes undrafted on June 26, he says Europe, and a significantly bigger pay day, could be in his plans this time around. “I would be open to Europe and I would also be open to the D-League again, but I would rather get drafted and have a team send me down there, rather than going undrafted and then having some unknown about what the future holds,” Pelle said. “I’m just trying to work hard every day and hoping for the best.” Follow Josh Newman on Twitter Follow Adam Zagoria on Twitter And like ZAGS on Facebook