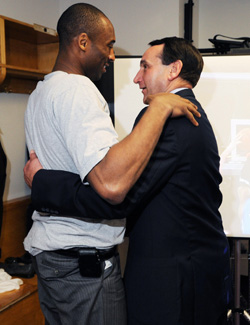 “Mike makes like $9 million at Duke and he has a really nice team going into the season next year,” the source said. “I do not see it at all.”

(According to USA Today, Coach K makes $9.7 million at Duke.)

On the morning after Mike D’Antoni resigned as head coach of the Lakers, Kentucky coach John Calipari tried to jump out in front of the situation.

Calipari Tweeted: “Before it starts, I’m totally committed to helping this group of young men reach their dreams. I wouldn’t & couldn’t leave this group!”

Calipari has already been mentioned — along with Duke coach Mike Krzyzewski, Florida’s Billy Donovan , UConn’s Kevin Ollie and Michigan State’s Tom Izzo — among potential candidates to replace D’Antoni, who opted to step down because the Lakers wouldn’t add one more year to his contract so he wouldn’t be a lame duck. 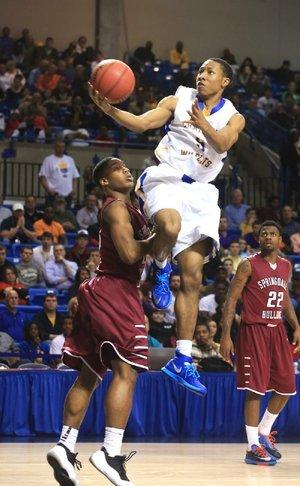 Allen averaged 21 points, 6.8 rebounds and 3.8 assists last year and was named the Arkansas Gatorade Player of the Year.

“He’s led us in scoring both years and he is the most complete, most coachable, most consistent kid that I’ve ever been around,” North Little Rock coach Johnny Rice told the Sentinel. “He’s the same every single day. He’s never had a bad day in practice, or has something bother him or anything like that.