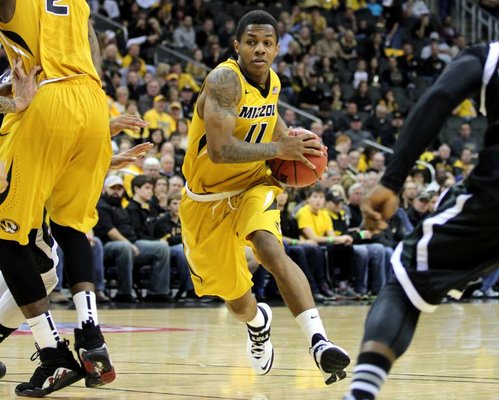 Missouri transfer Shane Rector is focusing on four schools for his next landing spot. A 6-foot-1 point guard from The Bronx, Rector is considering St. John’s, Boston College, La Salle and Drexel, he told SNY.tv. “Those are the four I’m considering right now,” he said. “I’m still open to new stuff, though.” No visits are set but Rector is planning to take trips, including one to St. John’s, after the dead period. “Visits are going to be set up soon,” he said. A onetime Rutgers commit, Rector averaged just 4.6 minutes last season at Mizzou. Follow Adam Zagoria on Twitter And like ZAGS on Facebook