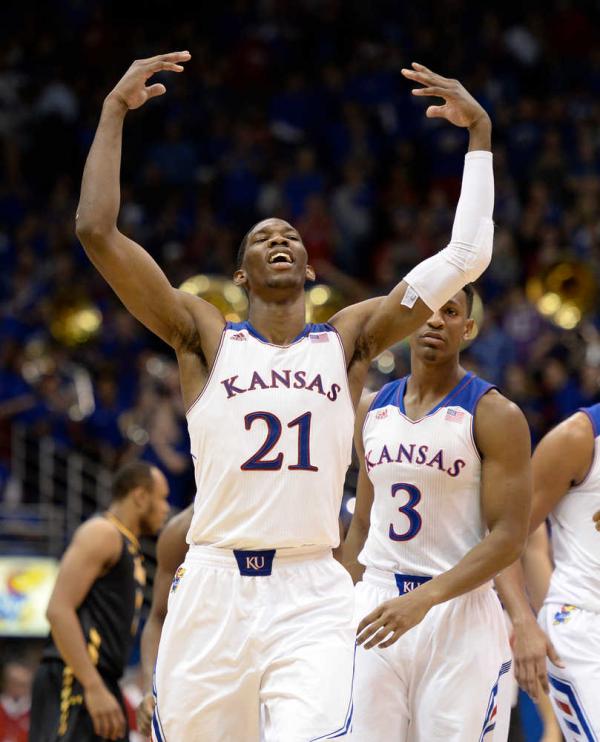 In order to quash any doubts about his ailing back and reassert himself as the No. 1 pick in the NBA Draft, Joel Embiid needed to impress NBA scouts and executives on hand at a group workout Friday in Los Angeles. And that’s exactly what the 7-footer from Cameroon did. “I did not see any issues with his back,” one veteran NBA scout on hand at the workout told SNY.tv. “He looked very agile and athletic.” “He looks great,” a second scout said. “Running, jumping, dunking, bent up like a pretzel in warmups and stretching exercises. Had two ex-NBA bigs [Brian Scalabrine and Will Perdue] banging on him underneath. He passed the eyeball test big time. Move him up. “He helped himself today.” The former Kansas freshman hasn’t played since March 1 because of a stress fracture in his back and didn’t compete last week at the Chicago Pre-Draft Combine. Still, he is thought to be the Cleveland Cavaliers’ choice as the No. 1 pick in the June 26 NBA Draft over Andrew Wiggins and Jabari Parker — assuming medical tests show he is healthy. ESPN’s Chad Ford reported from L.A. that Embiid  told him “his back is 100 percent. Been working out hard for last 3 weeks.” Ford added via Twitter: “Embiid said he’s gained 15 pounds. Up to 265. Still getting back into shape. Got a bit winded in workout but still looked quick & explosive.”