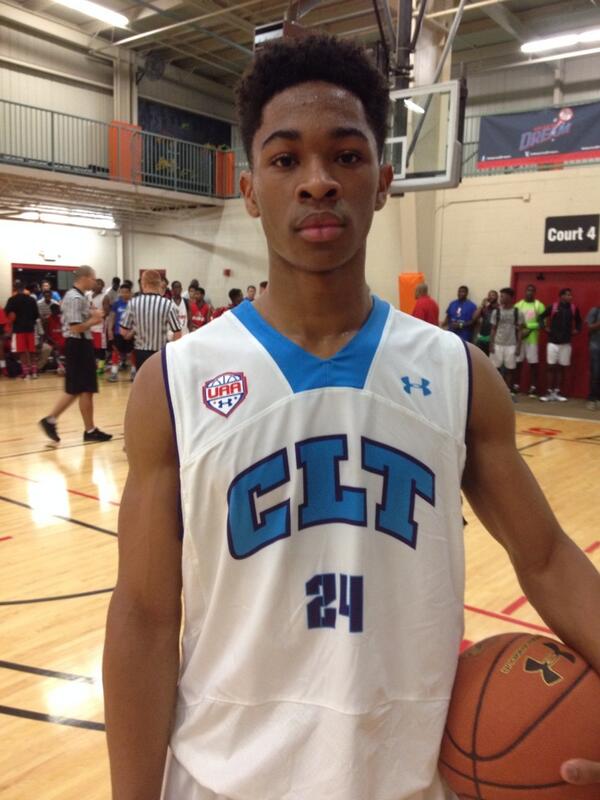 By JACK LeGWIN Special to ZAGSBLOG Rayjon Tucker has made quite a name for himself in recent weeks, proving that he is one of the most explosive players in the Class of 2015. Recently picking up offers from Boston College, Charlotte, UNC-Greensboro, Gardner-Webb and Campbell, Tucker will see a big spike in recruiting after the Bob Gibbons Tournament of Champions, in which he had a 37-point explosion against the Southern Kings. “I feel like I played well for the most part this weekend,” Tucker told SNY.tv. “I feel like I’m an all-around player that brings every aspect to the floor. Right now, I’m just working on my jump shot and my ball handling.” Listed at 6-foot-5, Tucker played alongside St. Joe’s-bound James Demery and Charlotte-Bound Keyshawn Woods at Northside Christian (N.C.) during the high school season, leading the Knights to a 28-2 record with wins over Lincoln (N.Y.), Arlington Country Day (Fla.) and Denver East (Col.), and their two losses coming to Montverde (Fla.) and Oak Hill Academy (Va.), the two teams who played for the ESPN National Championship. “VCU and Clemson have been in contact the most right now,” Tucker said. “A couple ACC schools have been in contact. I’m looking for a team that gets out and runs.” Tucker lives in the heart of ACC country, and it makes sense that he wants to play ACC basketball at the next level. “It’s just how hard they play in the ACC,” Tucker said. “The level of competition is so high.” Explosive may be an understatement for Tucker, who is super bouncy, and gets up in a hurry. A player with a very high motor, his athleticism helps out on the defensive side as well, which will help him to become a hot name as the summer progresses. Follow Jack on Twitter Follow Adam Zagoria on Twitter And like ZAGS on Facebook

Govan May Visit N.C. State, Syracuse After Picking up Offers