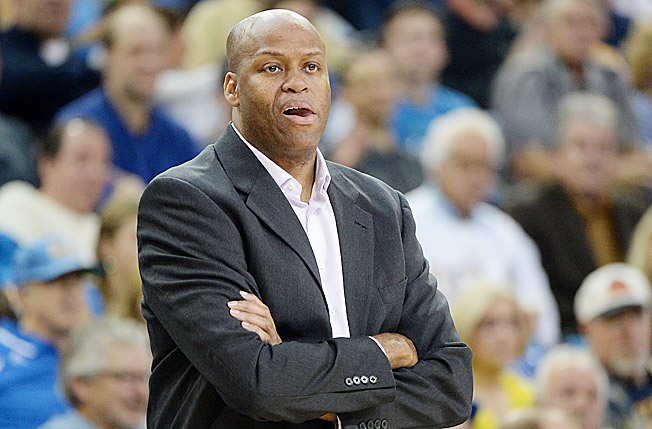 Oregon State has fired head coach Craig Robinson, the brother-in-law of President Obama “Despite my sincere want for Coach Robinson to be successful at Oregon State, as the days moved on since March, it became clear to me that wanting it to work with Craig as our head coach was not good enough,” Oregon State AD Bob De Carolis said. “Oregon State University, our student-athletes and our loyal supporters deserve more than simple desire — they deserve success. “Since that time, after further evaluation, thought and discussion, I decided last Thursday that my initial decision was wrong,” De Carolis said. Robinson completed his sixth season at the helm of the Beavers in March, compiling an overall record of 94-105; 39-69 in Pac-12 play. Oregon State finished 16-16, 8-10 in the Pac 12. Robinson has three years remaining on his contract and Oregon State owes him more than $4 million, according to Pete Thamel of SI.com, who broke the story Oregon State loses all five starters, including forward Eric Moreland, who declared for the NBA Draft, and guard Hallice Cooke, who is transferring and spent the weekend visiting Iowa State. Oregon State recently landed a pledge from Maryland transfer Nick Faust, who may now opt to re-examine his options. The Beavers also have a four-man recruiting class, including 6-8 California power forward Cameron Oliver, who recently committed. 2016 Gig Harbor (Wash.) Peninsula shooting guard JaQuori McLaughlin has decommitted from Oregon State, according to Josh Gershon of Scout.com. Photo: Getty Images Follow Adam Zagoria on Twitter And like ZAGS on Facebook