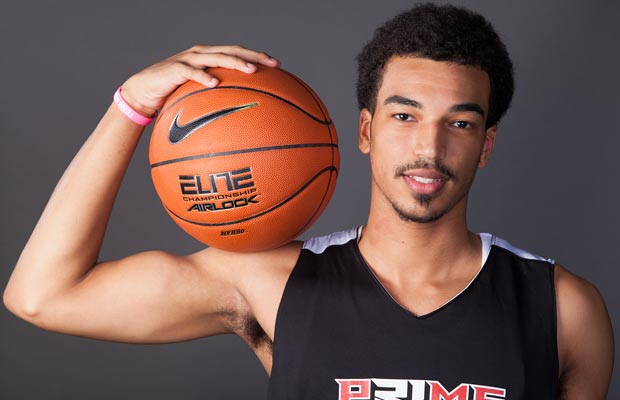 By JOHN PAVIA Special to ZAGSBLOG Prime Prep Academy combo guard Micah Seaborn committed to Monmouth University on Tuesday to give coach King Rice his third commit for the 2014 class. “After talking to Coach King Rice, they want me to come in and try to impact the program in my first year,” Seaborn told SNY.tv. “That played a big part in me going there. I had a long conversation with coach King. I got to know him really well as a person and I got very close with him. I really close with him and coach [Derrick] Phelps and they’re close to my family. Everybody thought it was a great situation and it feels like a family there.” “I can bring scoring and a winning mentality to the team,” he said on what he can specifically contribute to the Hawks next year. “Coach King is going to let me play and play my game. I just want to come in and help as much as I can and help the team win as much as we can.” Seaborn, a 6-foot-5 guard, played at Prime Prep Academy alongside highly touted guard and probable 2015 lottery pick Emmanuel Mudiay, who is heading to SMU next season. Prime Prep Academy, now a perennial high school powerhouse, finished with a 29-6 record this past season. He joins a 2014 recruiting class with Austin Tilghman, Nikola Vujovic and Brice Kofane, who very recently announced his transfer from Providence to Monmouth. Follow John Pavia on Twitter And like ZagsBlog on Facebook