Jabari Parker Drops 30 on Carolina; Uncertain if He Will Enter NBA Draft 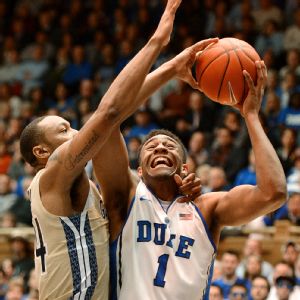 In what may have been his final game at Cameron Indoor Stadium, Jabari Parker put on quite a show.

The 6-foot-8 freshman scored a season-high 30 points and added 11 rebounds in the fourth-ranked Blue Devils’ 93-81 win over No. 14 North Carolina on Saturday night.

But don’t call him a freshman.

“No more freshman,” he said, according to the AP. “I don’t like getting in that category anymore because my team needs me more than just an 18-year-old. They need somebody with experience through the whole game. … It’s time to grow up.” 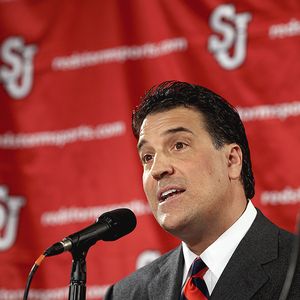 Steve Lavin is expected to sign an extension at St. John’s that goes beyond the remaining two years on his current deal.

It remains unclear how long the extension would be for, and sources said a report that it would be six years is not necessarily accurate.

In January, SNY.tv quoted Lavin as saying he wasn’t going anywhere, and at that time the extension was in play.

“Steve is coming to the end of the fourth year in his initial six-year contract and it is an appropriate time to discuss an extension. We have certainly had preliminary talks and look forward to revisiting the matter at the conclusion of the season,” said Chris Monasch, St. John’s Director of Athletics.

Friday is a big day for Kansas hoops.

Kansas head coach Bill Self previously told the Turners that his program might not be the best fit if Joel Embiid sticks around for another year but Embiid is widely projected as a top-three pick in the NBA Draft.

New Jersey Tournament of Champions Title As Wide Open as Ever 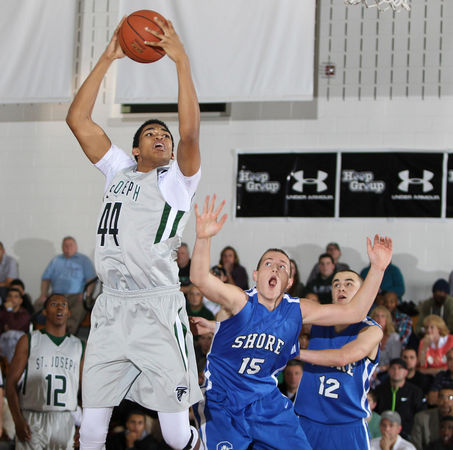 From Bob Hurley to Chris Chavannes to Dave Boff, the top high school coaches in New Jersey all agree on one thing as March Madness heats up.

This year’s New Jersey Tournament of Champions will be as wide open as perhaps it’s ever been in the 25-year history of the event.

Whereas in past years two or maybe three teams have been the heavy favorites to be the last team standing, as many as six or seven programs could win it all this year.

Several of the potential champs are in the Non-Public B bracket, which features defending champion Roselle Catholic, as well as St. Anthony, which has won the event 12 times under Hurley, and The Patrick School, which won it five times under former coach Kevin Boyle. 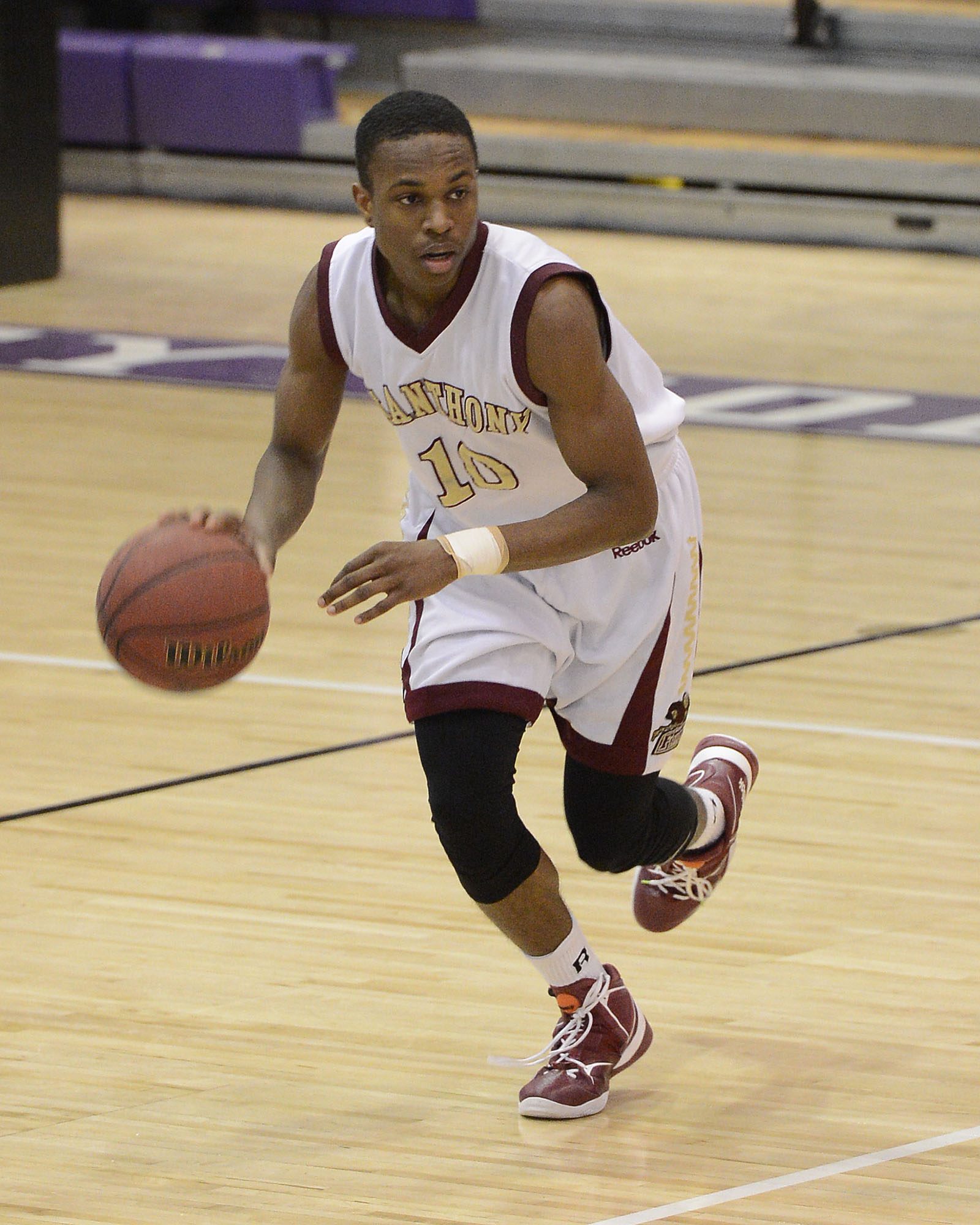 Tarin Smith had a big night for himself on Thursday.

On the same night, the 6-foot-2 Smith went for 13 points as the Friars crushed Morristown-Beard, 63-30, in the second round of New Jersey Non-Public, North B playoffs.

Notre Dame is in the market for another point guard in 2014 because they only have Demetrius Jackson on the roster. Brey watched Matt Farrell of Point Pleasant Beach on Wednesday, too.

“Mike was coming through the area,” Hurley said. “He had gone to see Matt Farrell and because he was here he wanted to stop and see Tarin because Tarin is one of the better unsigned senior guards so he stopped to see him, too.”

Nobody on the current Villanova roster was born the last time the Wildcats won the Big East Conference regular-season title.

With Thursday’s 77-70 win at Xavier, the Wildcats (27-3, 15-2) clinched their fifth Big East crown and the No. 1 seed in next week’s Big East Tournament at Madison Square Garden.

Villanova is also still in play for a No. 1 seed in the NCAA Tournament, and could land it by winning next week in New York. 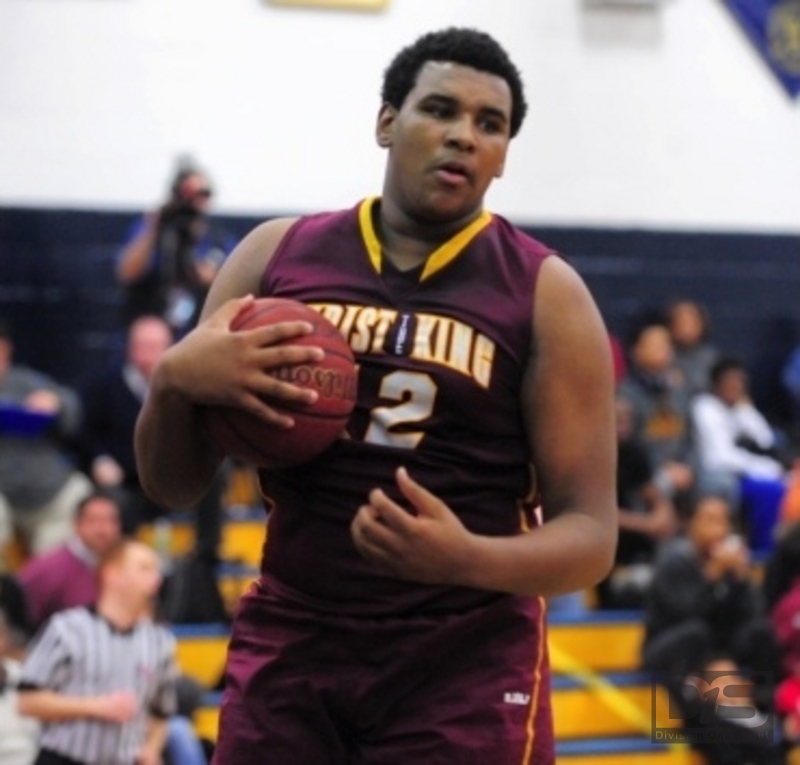 NEW YORK — Coming into the final minute of Thursday’s CHSAA Intersectional semifinal game against Cardinal Hayes at Fordham University, Christ the King star senior Adonis Delarosa had only managed a meager nine points, while his Royals trailed by two points.

With a fifth appearance in the city final in the last six years on the line, Delarosa made sure that it would be Christ the King battling rival Bishop Loughlin for the city crown on Sunday.

“I’m a senior, so I had to make the game winning play,” Delarosa said after ensuring CTK’s dramatic 49-47 victory. “So I did that.”