After Slow Start, UConn’s Samuel Coming Up Big in Postseason 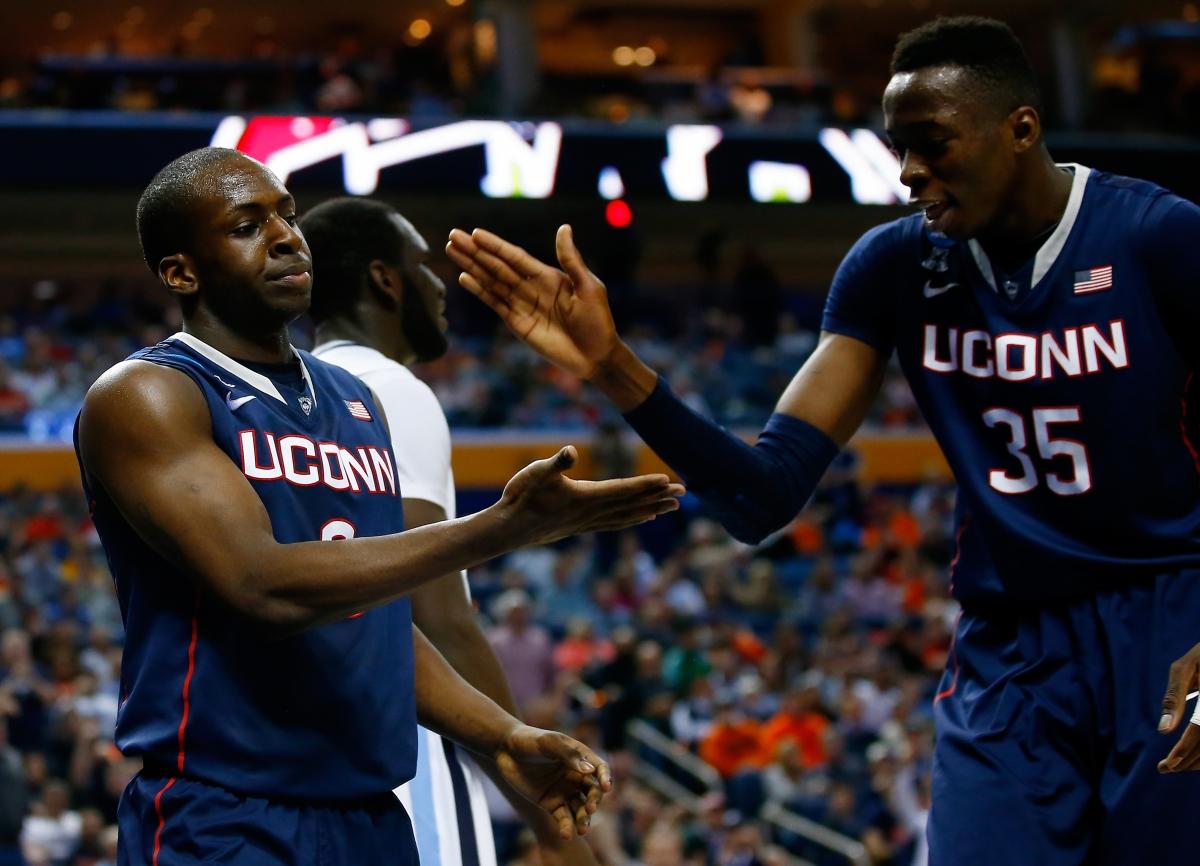 NEW YORK — As he sat inside a math class at Victory Collegiate High for two months last summer, there were times when Terrence Samuel wondered what his future might hold. “It was a definitely a little frustrating because I wanted to be in college around my coaches, just to be around the atmosphere,” Samuel told SNY.tv in the corner of the UConn locker room following the team’s 81-76 victory over Iowa State in the Sweet 16 at Madison Square Garden. The 6-foot-4 Brooklyn native was informed by UConn in June that the NCAA had not cleared one of his math classes. “My school [Brooklyn South Shore] gave me a math class that the NCAA didn’t approve so I was half a credit short,” he said. Samuel didn’t get enrolled at UConn until late August, missing some valuable summer time with his teammates and coaches. Playing behind Shabazz Napier, Ryan Boatright and Omar Calhoun, Samuel averaged just 2.2 points and 8.8 minutes coming into the NCAA Tournament. “As a freshman I came in a lost kid,” he said. “I didn’t know anything. I didn’t know the offense. I messed up a lot. As the year progressed, I started to get accustomed to everything and it’s starting to pay off now with my hard work.” The hard work is paying off. All of a sudden Samuel has become a force during the NCAAs. After going for a career-high 11 points last Saturday in UConn’s victory over No. 2 Villanova — a game in which Napier spent some critical time on the bench with a leg injury — Samuel repeated his strong effort against Iowa State, finishing with 10 points on 3-for-4 shooting. He went 4-for-4 from the line, hitting all four foul shots in the final 4:20 as UConn fended off a late Cyclones’ push. That’s 21 total points in two big NCAA Tournament games. “Yeah, he stepped up big time,” UConn coach Kevin Ollie said. “We asked him to take Shabazz off of DeAndre Kane a little bit; he did that. He was exceptional getting to the basket, getting to the rim. And one thing about Terrence, opponents can’t stay in front of him because he’s shifty and then he’s powerful when he gets the ball, and with that confidence that he’s displaying now, it takes us to another level because I can put three point guards out there at one time, and all of them can make plays for themselves but then they can also make plays for their teammates. “So T Sams did a great job. He stepped up to the free-throw line and knocked down his shots, and I’m very happy for him.” Samuel said he had about 25 family and friends in the building, including his mother (Wilma Samuel), his brothers, aunts and uncles. “It’s definitely a great feeling to get the W in front of them and to play well,” Samuel said, adding that he appreciated the huge pro-UConn crowd. “I can’t wait to see them and I’m thankful that they came out to support us.” Samuel said he didn’t even realize UConn could play in the Garden — where they played and won so many Big East Tournament games — until they beat Villanova in Buffalo last weekend. “When KO said we’re headed to the Garden, my eyes lit up,” he said. “I could see my mother. That’s the first thing I thought., my family. But first priority is to keep on winning and advancing. We’re trying to get to Texas, that’s the No. 1 goal right now.” Photo: Getty Images