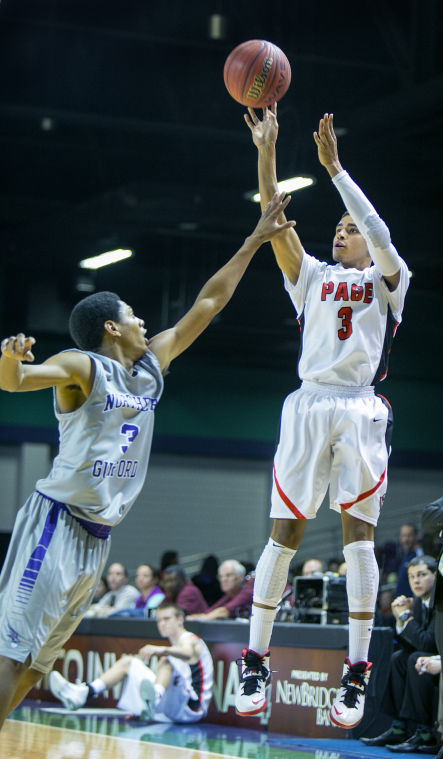 By JACK LeGWIN Special to ZAGSBLOG Ty Graves has a No. 1 school. The University of Virginia. “They’re my No. 1 choice,” Graves told SNY.tv Tuesday night. “Tony Bennett is a great coach. I love what he is doing with his players. All of the guys that he has right now are guys that he brought in, so that shows a lot from him as a coach. I can’t wait to see they do the rest of the tournament.” The Page (N.C.) point guard impressed in his second year, improving his athleticism to go with his ability to shoot from long distance, as well as his ability to run a team, leading the Pirates to a 27-3 record and a birth in the NCHSAA Final Four before losing to Lake Norman 61-58. The 5-foot-11 sophomore point guard has picked up offers from Virginia, Virginia Tech, and UNC-Charlotte, as well as interest from many others. Graves will lead a 17U Karolina Diamonds team this summer that features Kwe Parker, among many other up and coming players from the state of North Carolina. The Diamonds are, excluding two players, playing up an age group. “This Karolina Diamonds team is looking really strong,” Graves said. “We’ve got a lot of guys back from least year. We’re going to be good again.” Kevin Graves, Ty’s father told SNY.tv in a previous article that Ty does everything that no one else wants to do. “Ty is the guy that does the dirty work for us,” Kevin Graves said. “I can put him on any guard on the defensive side, and on the offensive side he can knock down threes and make plays in the open court.” Cousin of former UNC guard Will Graves, Ty previously told SNY.tv that he wouldn’t feel any pressure to attend UNC, should he get an offer. “I wouldn’t feel any pressure at all,” Graves said. “If I got an offer from there, I would be delighted, but I wouldn’t feel any pressure.” Graves’ list of suitors will continue to grow, but it doesn’t look like the Cavaliers will be dropping off the list. PHOTO- M News Record Follow Jack on Twitter

Boeheim Says He Has Contract 'As Long as I Want to Coach'; Says Nothing Imminent on Ennis, Grant(UPDATED)