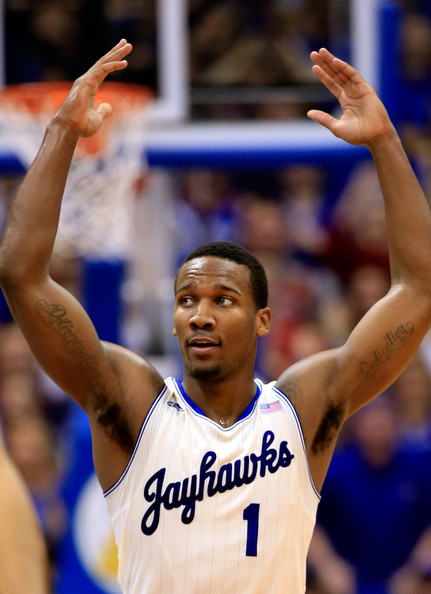 At least one member of Kansas’s heralded freshman trio will return for his sophomore season. Wayne Selden announced via Twitter he will be back on campus. “Cant wait to get to work,” Selden said, “and get back in the fieldhouse.” The former McDonald’s All-American out of the Tilton (N.H.) School averaged 9.7 points, 2.6 rebounds and 2.5 assists for the Jayhawks, who were upset by Stanford in the third round of the NCAA Tournament. He was initially projected as a late-first round pick in the NBA Draft. Kansas freshman Andrew Wiggins has said he will leave for the NBA Draft and is projected as the No. 1 pick, while fellow frosh Joel Embiid has yet to announce his plans. The 7-foot Embiid didn’t play after March 1 because of a back injury.