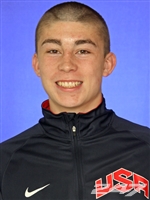 By JACK LeGWIN Special to ZAGSBLOG Four schools are working hardest to convince sophomore point guard Payton Pritchard to suit up for them, starting in the Fall of 2016. “Virginia, Wisconsin, Villanova and Oregon are all working really hard right now,” Pritchard told SNY.tv. “I want to go to a place where I can develop as a player, but also be able to play right away. I talk to the assistant coaches mostly, sometimes the head coaches as well.” Pritchard, a sophomore at West Linn (Ore.), has led the Lions to a 22-3 record, including a win over Jahlil Okafor and Whitney Young (Ill.), giving the team a realistic shot at a 6A State title for the second year in a row.  While Pritchard, ranked No. 49 in the phenomenal Class of 2016 by 247 Sports, only has an offer from Oregon State, his exposure this summer on the EYBL Circuit with the new NW Xpress alongside Rainier Beach (Wa.) guard Dejounte Murray will expand ten-fold. “Getting to Peach Jam is definitely a goal for me,” Pritchard said. “Getting our names out there is definitely a big for us. We have a lot of good players up in the Northwest, and we just want to continue to show that.” As a freshman, Pritchard weighed in at 5-foot-11, 160-pounds. Now in his second year of high school, the point guard has grown to 6-foot-1, 180-pounds, and says that his strength has improved. “Getting stronger, working on my jumping and my athleticism were all things that were big last year,” Pritchard said. “I think I need to work on my floater this summer. In the EYBL, there will be a lot of 7 footers, so I’ll need to be able to use my floater.” Pritchard, who missed out on making Team USA last year, says that playing for his country is a something he is shooting for. “That’s another one of my goals for this summer, making Team USA,” Pritchard said. “I have to be a leader this year to do that. I have to work on playing defense, and getting my teammates the ball too.” Pritchard has a very high ceiling thanks to his high IQ, and understanding of the game. The sky is the limit for the young point guard. Follow Jack on Twitter