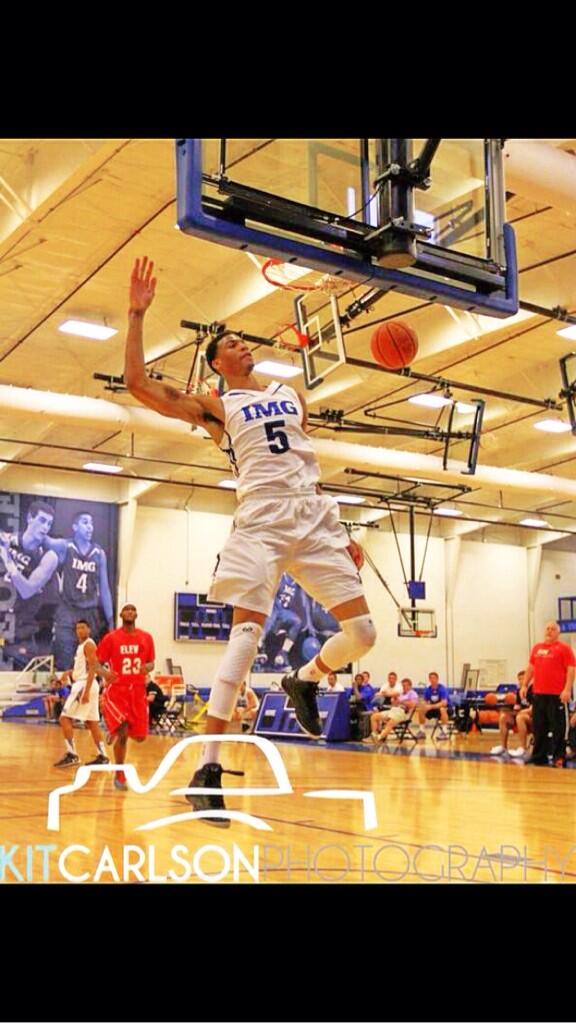 NEW HAVEN, Conn. — Chris McCullough hopes Tyler Ennis will return to Syracuse next year to be his point guard. And the 6-foot-10 McCullough thinks it will happen, too. “I’m pretty sure, I think he’s staying,” McCullough told SNY.tv after putting up 8 points as IMG Academy lost to St. Thomas More, 93-86, in the National Prep Championship semifinals on Wednesday at Albertus Magnus College. “I talked to him last week and he said he’s still thinking about it. He didn’t make a decision yet. But hopefully he stays.” McCullough, a New York City native who poured in 26 points in Tuesday’s quarterfinal game, isn’t the only person with Syracuse ties who hopes Ennis returns for his sophomore season. Carmelo Anthony told SNY.tv he hopes Ennis returns, too. Ennis is currently projected as the No. 9 pick in the NBA Draft by DraftExpress.com. He has played brilliantly this season despite a recent stretch in which the Orange lost four of five games after starting 25-0. “Yeah, I’ve been watching them, I watched every game,” McCullough said. “They lost a couple games. They’re not really playing as good as they was when they first started. They’re probably getting tired but they gotta pick it back up.” As for McCullough, his high school career is now over and he won’t get a chance to play his old school, Brewster Academy, in Wednesday night’s championship game after IMG lost. “I didn’t play that good today,” he said. “I didn’t rebound well. I missed a couple free throws.” McCullough plans to go to Syracuse for summer school on May 27. “It’s offseason now so now I word harder, get ready for next year,” he said. He figures to fit in well in the Syracuse zone as a long, athletic defender down low who can rebound and block a few shots. “Just playing my game,” he said. For now, he’s hoping to see the Orange get back on track and make a deep run in March. “Just keep going, ACC Tournament is next,” he said.

Illinois Goes Two-Deep for Josh Sharma; Falzon 'Up in the Air'