As March Madness begins to heat up, so too does recruiting. Here are a few updates from this weekend’s developments. **Marvin Clark, a 6-foot-6 post-graduate small forward from Bel Aire (KS) Sunrise Christian, visited Michigan State for the Illinois game and had a ball. “It was great, one of the realist visits I’ve ever been on,” he told SNY.tv. “They want to play me at three positions, 2, 3 and 4. And I liked how real it was. They showed me who they really were.” He added: “I fit in well in their system.” Clark was originally supposed to visit Indiana this weekend but changed plans late, and will trip to see the Hoosiers Wednesday against Nebraska. Clark is also considering Iowa State, Kansas State, Ole Miss and Seton Hall, and expects to decide relatively soon. Wherever Clark goes, Sunrise Christian coach Kyle Lindsted says he can be a major factor. “He’s a shooter, he’s a big-time shooter, scorer,” he said. “He’s had 30 on several of the Kansas JUCOs as we play them. He had 30 on Hutchinson [Community College] in one 20-minute scrimmage, so he’s capable of big numbers.”

**Kobie Eubanks, the top uncommitted 2014 shooting guard out of Our Savior New American, jumped on a plane for Pittsburgh on Sunday and will see the Panthers play N.C. State Monday night in ACC action. He was supposed to visit Wichita State this weekend but didn’t go. Eubanks previously told SNY.tv that Pitt was working the hardest for his services. “They offered back in January but Jamie Dixon has come to see him,” Our Savior assistant Eric Jaklitsch said. “He saw him in practice, he’s been to campus twice to see Damon [Wilson] and all the coaching staff came to see Kobie as well.” Eubanks has also set visits for Missouri (March 5), Baylor (TBA) and Minnesota (TBA). 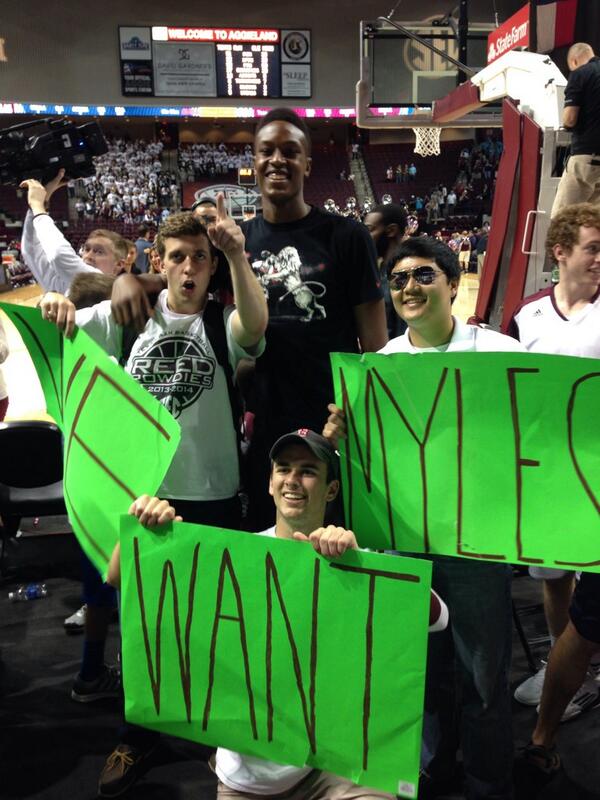 **Myles Turner, the top uncommitted player in the Class of 2014, took an unofficial to Texas A&M on Saturday that his father, David, told SNY.tv he enjoyed “very much.” The 6-11 Euless (TX) Trinity big man visits Kansas on Wednesday and Duke Friday. He has already visited Ohio State and Oklahoma State, and his father told SNY.tv Myles will visit Texas, too, but no visit has been set. He is also considering Arizona and Kentucky. DraftExpress.com has Turner projected as the No. 2 pick in the 2015 Draft behind Duke pledge Jahlil Okafor and ahead of Kansas-bound Cliff Alexander. **Arizona hosted uncommitted 2014 big man Dusan Ristic of Sunrise Christian and 2015 forward Chase Jeter of Las Vegas Bishop Gorman. 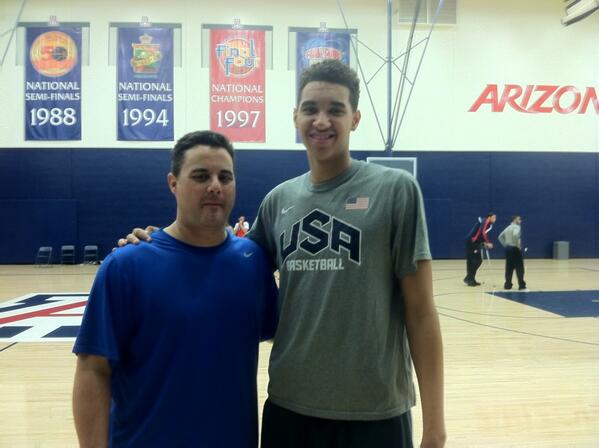 The 7-foot Ristic is “Arizona’s’ to lose,” Sunrise Christian coach Kyle Lindsted told SNY.tv before the visit. Jeter will visit Duke next weekend along with Turner. **Tyus Battle, a 2016 guard out of Gill St. Bernard’s, attended Sunday’s Marquette-Villanova game. **Austin Grandstaff, a 2015 guard who decommitted from Oklahoma State, visited Oklahoma this weekend and heads to Florida next weekend. “He liked their style of offense,” Wes Grandstaff told SNY.tv. “The atmosphere was crazy. He really, really likes the way coach [Lon] Kruger] coaches his guys and the way they cheer for each other and the energy they play with. “We haven’t seen that in Oklahoma since Blake Griffin and Willie Warren were playing there.”

On the Bubble and Facing Multiple Tragedies, St. John's Gets Much-Needed Win vs. DePaul