Seton Hall Pledge Carrington Goes Off for 42 in Loughlin Win 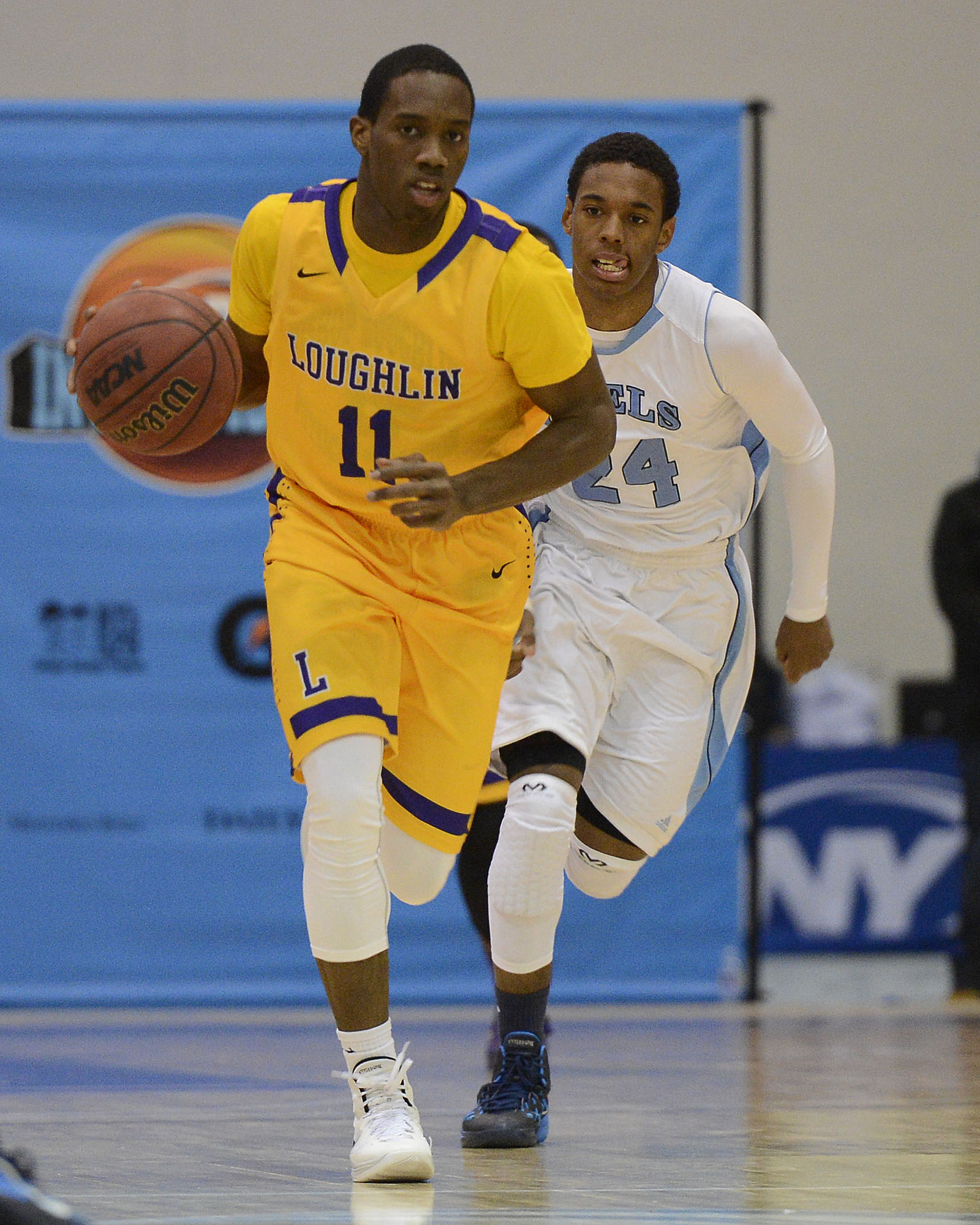 Seton Hall-bound guard Khadeen Carrington went off for 42 points Friday night to lead Bishop Loughlin to a 90-71 win over Christ the King in the Brooklyn/Queens Boro championship. Seton Hall associate head coach Shaheen Holloway was in attendance for the performance. “[Carrington] displayed a great performance,” Loughlin coach Ed Gonzalez told SNY.tv by phone. “His shots were falling. [The team] was attacking the basket and they defended well.” Said Christ the King coach Joe Arbitello: “Khadeen Carrington is so under control when making shots and he’s so tough to guard when he’s that good. “The kid is the MVP of the league for a reason” Rutgers-bound guard Mike Williams added 19 points for Loughlin. Uncommited senior big man Adonis Delarosa paced Christ the King with 23 points, Travis Atson had 22 and Rawle Alkins  17. Loughlin, which last month won the SNY Invitational over St. Anthony behind an MVP performance from Carrington, has now won two of three from Christ the King this season. Carrington is part of a five-man recruiting class at Seton Hall that also includes McDonald’s All-American guard Isaiah Whitehead of Abraham Lincoln; Lincoln wing Desi Rodriguez; St. Patrick forward Angel Delgado; and Newark East Side forward Ismael Sanogo, currently sidelined with a shoulder injury. Gonzalez said the best is still to come for Carrington. “A 42-point performance, I gotta say that probably is one of the better ones that I’ve seen from him,” he said. “I think the best is yet to come. The best is ahead of him. “Once he figures it out and plays like this all the time it’s gonna be pretty hard to stop this young man.” (Chris Barca contributed reporting) Photos: Marc Levine / SNY

Calipari Jokes About Two-and-Done, but How Would Such a Rule Impact Kentucky & Other Top Programs?