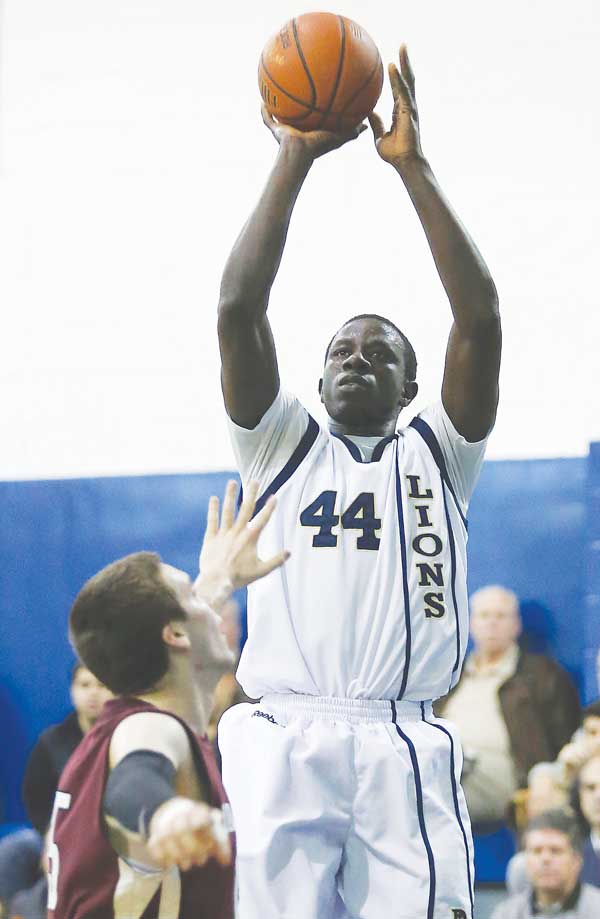 By JOHN PAVIA Special to ZAGSBLOG UNION, N.J. —  With Ohio State coach Thad Matta sitting courtside, 2015 Pope John XXIII forward Moustapha Diagne played very well in a 67-50 loss to a tough Life Center Academy team. For a majority of the game, Diagne was being guarded by 2014 Maryland commit Trayvon Reed, who stands a towering 7-foot-2. His height and length were a bit of a challenge early on, but Diagne seemed to work around it as the game progressed. “[Reed] is very tall,” Diagne told SNY.tv after the game. “That was a good matchup. I don’t know a lot about him. I usually play [against] small guys, but today I knew what I have to to do. What I’m going to work on now like everything, post moves and stuff like that so I know what I have to do.” Diagne finished with 18 points in the defeat as he displayed a nifty, lefty jump-hook and aggressive instincts on the offensive glass that got him some second and third looks at the basket. He recently took in the Duke-Syracuse game at the Carrier Dome which he spoke about also. “That was a great day and I had so much fun with my family,” he said. “That was a great game to have been at.” When asked if Syracuse was a favorite of his right now, Diagne declined to put any school in front of the other. “I will still open up my process to every school so I’m going to see where I end up before next season,” he said. Diagne stated he will probably make his decision either this upcoming summer or before his basketball season begins next school year. There was no mention of any upcoming visits on the docket for Diagne. On coach Matta being at the game, Diagne stated, “I didn’t really know he was coming. I just played like how I have to play and how my team played, but we lost.” Diagne holds offers from Syracuse, Villanova, Kansas, Memphis, Penn State, Rutgers. St. John’s, Cincinnati, UConn, Seton Hall, West Virginia, Temple, Cleveland State, Oregon State, Iona, Manhattan, La Salle and Rhode Island. It should also be noted that Ohio State and Florida are looking very closely at Diagne as well. Photo: New Jersey Herald Follow John on Twitter