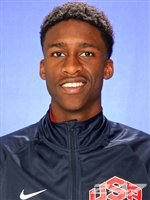 By JACK LeGWIN Special to ZAGSBLOG One of the top point guards in the Class of 2016 has some of the biggest names in the country calling. Kobi Simmons, a 6-foot-5 point guard from Alpharetta St. Francis (Ga.) has played alongside Josh Langford and Braxton Blackwell, during the summer for the Atlanta Celtics, causing some serious matchup problems for most teams they faced. A long and lanky lead guard with a great deal of skill and feel for his size, there is definitely a reason why the best schools in the country are looking into his game. “Right now, Kentucky, Duke, North Carolina, Syracuse, Alabama, Vanderbilt,  Missouri and are all calling with a lot of other big schools,”  Simmons told SNY.tv. When he was asked which schools were working the hardest, there were select schools that have been calling the most. “Right now, I would say Kentucky, Duke, Vanderbilt, Missouri, Florida, Virginia, Virginia Tech and Vanderbilt are working the hardest,” Simmons said. Simmons currently has offers from Marquette, Cincinnati, Florida State, Georgia, LSU, Mississippi State, Texas Tech, Virginia, Virginia Tech, Auburn and Vanderbilt. Ranked No. 21 in the nation and the second overall point guard in the Class of 2016 by 247 Sports, Simmons has continued his success during this high school season averaging 17.3 points, 3.1 rebounds and 5.0 assists per game. Simmons showed off his all around game in a 90-83 win over King’s Ridge Christian where he scored 28 points, going 5-7 from three point range, adding 3 rebounds and 7 assists. With all of these schools calling, Simmons is still just focusing on setting goals for high school. “I want a state championship ring,” Simmons said. “Three more rings would be nice, before I graduate from high school.” He has a big goal though, and that is be a McDonald’s All American. “I texted all of the guys that I know that are in it this year, and talked about it,” Simmons said. “I really want to be in the McDonald’s All American Game when I’m a senior. I want to be in all of the games, the Jordan Brand as well.” If he continues this pace into the summer and beyond with his unbelievable amount of upside, the sky is the limit for the stud point guard. Follow Jack on Twitter