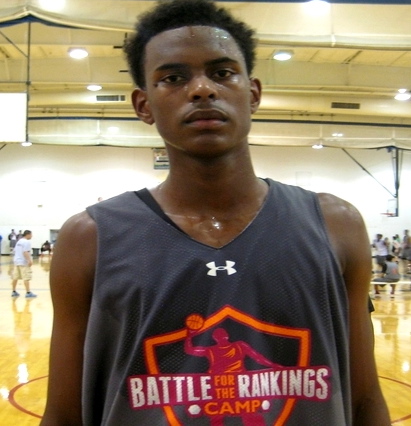 By JACK LeGWIN Special to ZAGSBLOG Dewan Huell lives in a state that has cranked out many good big men, and he is showing that he’s got next. The 6-foot-10 sophomore out of Miami Norland (Fla.) has turned heads at some of the biggest schools in the nation, receiving offers from Louisville, Florida, Florida State, South Carolina, Alabama, Miami, Ole’ Miss and Kansas. “I would be honored to go to any one of those schools,” Huell told SNY.tv. “It would be a blessing to play for any one of those schools.” At the moment, Huell is just preparing to take a shot at winning a state championship for the second straight year alongside teammates, Florida Gulf Coast-bound Zach Johnson, and fellow highly ranked big man Juwan Durham. “Right now, our goal is to win another state championship,” Huell said. “I’m working on being more active consistently now. I can be active, I just need to do it more often.” Ranked No. 17 in the Class of 2016 by 247 Sports, Huell is averaging 10.8 points, 8.5 rebounds and 1.5 blocks per game in his second year for the Vikings, leading them to a 9-4 record. “If we want to win a state championship, we need to defend,” Huell said. “Making shots will be key for us if we want to win a state championship too.” Huell is already a fantastic rim protector and defender, with an extra long frame that will pay off when he gets to the next level. Photo: Dunk Dog Follow Jack on Twitter