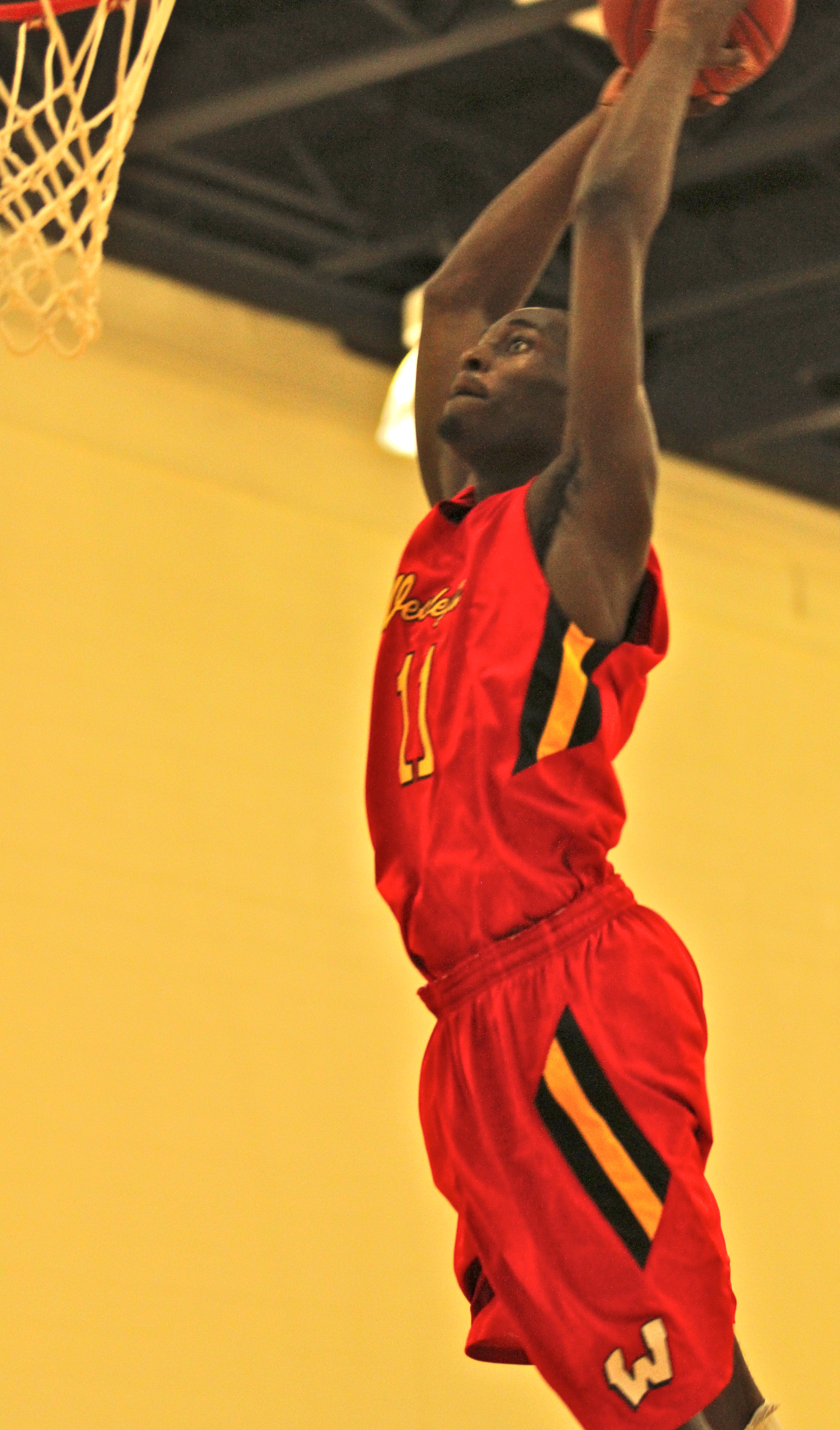 By JACK LeGWIN Special to ZAGSBLOG COLUMBIA, S.C. — Theo Pinson has high expectations for his first year in Chapel Hill. In fact, anything short of an NCAA championship would be a failure in his eyes. “Our only goal is to win a national championship next year,” Pinson told SNY.tv. “You can tell from this year, they are top 15 in the nation preseason. They just need a couple more guards and a wing, and that’s what we’ve got coming, so we’re going to do our best.” Pinson is part of a 2014 Carolina class that includes top 20-players Joel Berry and Justin Jackson. Berry, a 6-foot point guard out of Lake Highland Prep (Fla.), has been named Mr. Basketball in Florida two years in a row, and will be the first player in FHSAA history to win it three times if he wins it this year. Jackson, a 6-foot-8 wing out of HCYA (TX), is ranked No. 8 in the class of 2014 by ESPN. He brings a subtle smoothness that led the talented Houston Hoops squad all summer on the Nike EYBL circuit alongside Duke-bound Justise Winslow and Kansas-bound Kelly Oubre. “I think what we bring is the determination to win,” Pinson said. “We do whatever it takes to win games. Thats what Coach [Roy] Williams likes, and that’s what we are going to try to do. Pinson’s Wesleyan Christian Academy team went 2-1 in the Chick Fil A Classic this weekend, despite losing Houston-bound point guard JaQuel Richmond before the tournament with a pulled hamstring. Pinson averaged 23 points, 5 rebounds and 4.6 assists per game running the point for WCA in wins over Spring Valley (S.C.) and St. Frances (MD) and a loss to Oak Hill Academy (VA). Follow Jack on Twitter

Chuck Okafor on Duke in 2014-15: 'National championship or bust'