Justin Simon — Killing It Out West 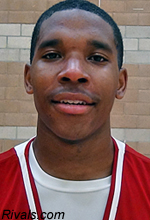 By JACK LeGWIN Special to ZAGSBLOG Justin Simon has turned some serious heads this year with a sizzling start to his junior year. Simon, a 6-foot-4, 190 pound combo guard out of Temacula Valley (Ca.), started off the season with a triple-double, and has continued that trend, recently adding offers from Arizona and Colorado. “No favorites at this time,” Simon told SNY.tv. “I’m just enjoying my junior year and my team. I plan to trim my list in the spring after a few more visits.” Simon currently holds offers from Arizona, Arizona State, Boston College, Colorado, Creighton, New Mexico, Penn State, San Diego State, USC and Washington, and has received interest from Louisville, UCLA, Villanova, Oregon, Missouri, and UConn. He has recently taken unofficial visits to UCLA, San Diego and Cal. “I’m looking to choose a program with a great basketball atmosphere that plays multiple guards and develops guards,” Simon said. Simon’s development of his jump shot over the past couple months has opened up the rest of his game. “Justin’s a really high IQ guard, who can really pass and can get anywhere on the floor off of the bounce,” Simon’s AAU Coach Sunny Deen said. “He struggled with his shot a lot last summer, but he put in a lot of hours this last fall working on it. Now he’s started off this season making perimeter shots, making 17, 18 foot pull ups, and that has opened up the court a lot for him.” Simon’s current trend has landed him ranked No. 80 in the class of 2015 by Rivals, but Coach Deen thinks that his potential is huge. “The sky isn’t just the limit for Justin,” Deen said. “He can put footprints on the moon. If he puts in the work, and stays humble, he could become arguably one of the best guards in the class.” Follow Jack on Twitter