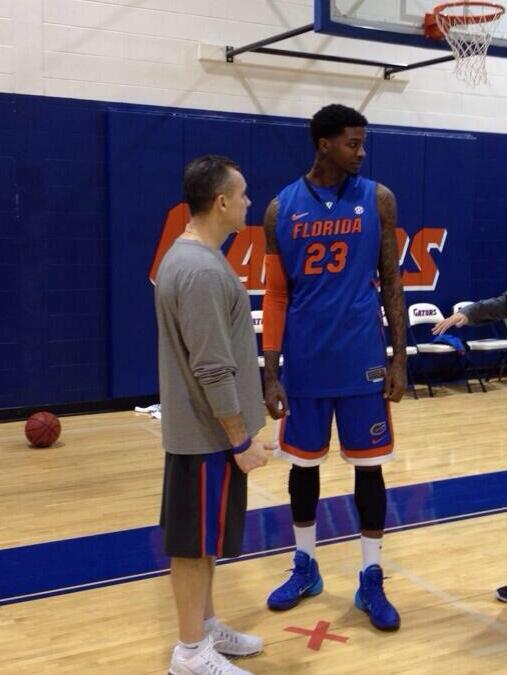 In a move that could alter the balance of power in college basketball going forward, Chris Walker began practice at Florida on Saturday wearing No. 23, sources confirmed to SNY.tv. The 6-foot-11 freshman has completed his online academic work and was admitted to the university. He now awaits word from the NCAA Clearinghouse.

A McDonald’s All-American, Walker was ruled academically ineligible for the fall semester. “He’s got to go through an admissions process like any other student here for the second semester,” head coach Billy Donovan said Monday. “Now it’s kind of out of our hands and we’re just waiting to hear back of what the ruling will be in terms of him being a qualifier, being able to start school.” ESPN.com reported that Walker could face a brief suspension “due to the fact that an unofficial visit to another school was paid for by his former summer league coach.” Florida will play Memphis Tuesday in the Jimmy V Classic at Madison Square Garden, but Donovan said it was unlikely Walker would play then. “I would say him playing in the Memphis game is not going to happen, no,” Donovan said. Walker is projected as the No. 10 pick in the 2015 NBA Draft by DraftExpress.com. Photo: GatorNation