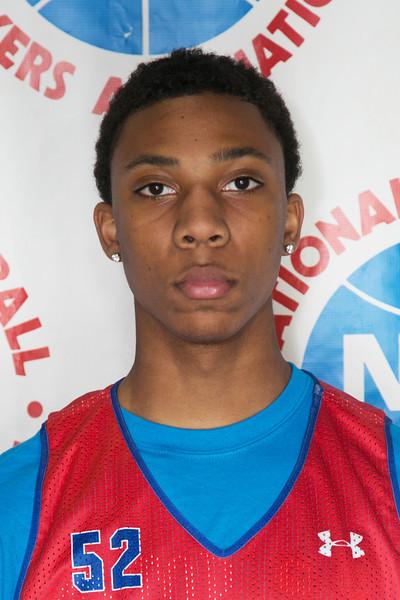 As expected, Trenton (N.J.) Catholic guard Malachi Richardson committed to Syracuse on Friday, giving the Orange their second pledge in the Class of 2015. Ranked No. 22 in the Class of 2015 by Rivals, the 6-foot-5 Richardson chose Syracuse over Villanova, Rutgers, Arizona, Indiana and UConn. His most recent visit was to Syracuse last week for the Indiana game. “It would be amazing to go play for Coach [Jim] Boeheim at Syracuse,” Richardson told SNY.tv prior to his recent visit. “He’s a great coach. He’s an awesome guy, playing up at Syracuse is something that I’ve always wanted to do. They really have a good team with a great group of guys.” Richardson joins 6-9 forward Tyler Lydon in Boeheim’s 2015 class. With his long, athletic frame, Richardson could be on track to becoming a pro. “I think his upside is tremendous,” Team Final coach Rob Brown told SNY.tv. “He’s very tall and long for his position and has NBA size for a two guard. He has an incredibly quick release on his jump shot. “He’s gotta focus on being a lockdown defender and a better rebounder. He’s had the luxury of playing with big guys around him so this season he’s got to concentrate on the rebounding aspect of his game.” Richardson’s former Roselle (N.J.) Catholic teammate Tyler Roberson is a freshman at Syracuse and sophomore shooting guard Trevor Cooney, like Richardson, played for the Team Final AAU program. Roselle Catholic won the New Jersey Tournament of Champions last season with Roberson and Richardson leading the way, and coach Dave Boff believes the duo will be a good fit at Syracuse. “Tyler and Malachi are a great fit,” he told SNY.tv. “They are both very unselfish players and their games complement each other well. They were a great fit when we had them and could be a great fit again.” The Orange also remain in the mix for 2015 Roselle (N.J.) Catholic guard Isaiah Briscoe, who enrolled at RC after Richardson left for Trenton Catholic. Briscoe will attend Sunday’s Syracuse-St. John’s game at Madison Square Garden. “They actually complement each other’s games,” George Briscoe, Isaiah’s father, told SNY.tv. “Malachi is a deep-ball shooter, Isaiah works off the dribble. They complement each other. I wouldn’t see that as an issue.”