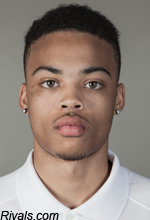 By JACK LeGWIN Special to ZAGSBLOG Lamonte Turner has continued to turn heads since he reclassified to the class of 2016, and transfered to Arlington Country Day (Fla.) The combo guard out of Sparkman (Ala.) picked up an offer from Florida a week after his transfer to ACD, and has picked up a recent offer from Miami. This past Saturday, Turner was the second leading scorer for ACD in a 93-74 loss to nationally ranked Providence Jacksonville School (Fla.) with 17 points. Despite the solid performance, he still feels like he has a way to go to reach where he feels like his ceiling is. “I could be a little bit more aggressive sometimes,” Turner told SNY.tv. “We have so much talent on our team that sometimes I take a backseat to scoring and being aggressive. If I’m aggressive, I feel like I could be even more successful.” One of the best shooters in the class of 2016, Turner has grabbed the attention of many college coaches with his ability to run the point alongside Florida signee Brandone Francis, Minnesota signee Nate Mason and Abeline Christian signee KJ Maura. Turner, standing at 6-foot-2, has drawn comparisons to a longer version of Shabazz Napier. Turner currently holds offers from Florida, Oklahoma, South Carolina, Miami, Auburn and Wichita State, as well interest from Kentucky, Louisville and Oklahoma State. Follow Jack on Twitter