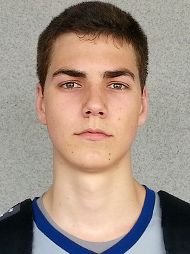 Max Hoetzel, a 6-foot-7 small forward from Wilbraham & Monson (Mass.), committed to Indiana Sunday following an official visit this weekend. Paul Biancardi of ESPN.com was the first to report the news. Hoetzel, who averaged 19 points and 8 rebounds last season, is known as a strong outside shooter and also had offers from St. John’s, UConn, Florida and Penn, according to Wilbraham & Monson coach Chris Sparks. “Max is a terrific shooter who will add versatility to their team,” Sparks told SNY.tv. “At 6-7 he is a tough match-up, effective off the catch and off the dribble, heady and a driven young man. I’m thrilled for Max and his family.” Hoetzel joins Virginia shooting guard Robert Johnson in Indiana’s 2014 class. Former IU pledge James Blackmon Jr. also visited this weekend. “It was good,” Blackmon told SNY.tv. “I liked the players.” Blackmon Jr. is also considering Kentucky, Michigan, Michigan State and Kansas and told IU’s 247Sports affiliate that he hopes to announce this week. Photo: ESPN

USC Visit Next Up for Stanley Johnson