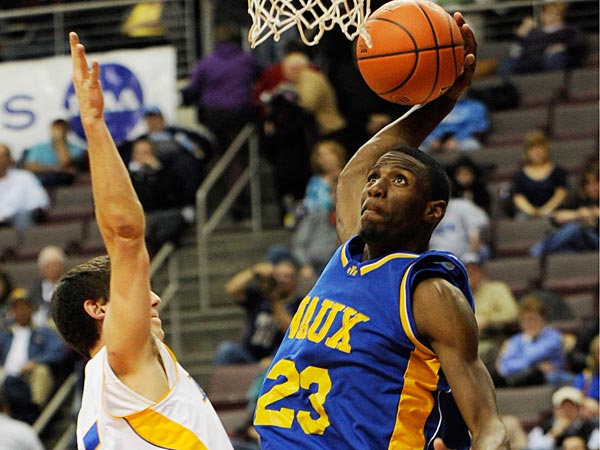 By JOSH VERLIN NEW YORK – The youth movement in the new Big East Conference has a decidedly Philadelphia flair to it. Two of the top freshmen in the 10-team league hail from the city’s Public League, with Rysheed Jordan(Vaux/St. John’s) and Brandon Austin(Imhotep/Providence) both expected to play big roles for their respective teams right away. At the league’s media day on Wednesday, Jordan was named the Preseason BIG EAST Rookie of the Year, following up on a senior season where he led Vaux to the PIAA Class A state championship. The ultra-athletic 6-foot-4 point guard scored a city-high 20.7 ppg last year, finishing his career in the Public League with 1,817 points, good enough for seventh-best in the history of the league. He often had to carry his team near-singlehandedly, with his best performances saved for the biggest of stages. “I’ll say that at this stage or juncture of Rysheed’s college basketball career, he’s as impressive as any that I’ve coached when it comes to decision making, poise, toughness and his ability to learn,” St. John’s coach Steve Lavin said. “At this stage, and it’s early–he hasn’t played his first Division I basketball game–but he makes good reads, good judgements, good choices, winning play after winning play and that bodes well.” Click here to read the full story at COBL.com. Photo: Philly.com

Johnnies Picked 5th in Big East, But Have Potential to Go Deep