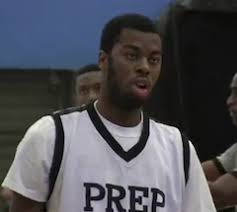 UConn finally got some good news on the recruiting front Wednesday when former Maryland commit Sam Cassell Jr. pledged to the Huskies. Cassell Jr. told SNY.tv he decided on Monday. “I thought it was the best place for me,” Cassell Jr. told SNY.tv. “I felt at home and I will bring whatever it takes to [win] a national championship.” The 6-foot-3 Cassell Jr. is the son of Sam Cassell, the former NBA guard and current Washington Wizards assistant. Cassell Sr. played with UConn coach Kevin Ollie in the NBA. “He definitely spoke highly of him,” Cassell Jr. told Dave Borges of the New Haven Register. “Coach Ollie having a good relationship with my father was big.” Cassell Jr. had cut his list to Louisville and UConn, but Louisville pulled out of recruiting him. Cassell Jr. also previously considered Marquette and Missouri. UConn views Cassell Jr. as a point guard when he joins the UConn backcourt in 2014, when the Huskies will also add N.C. State transfer Rodney Purvis. (For more on Purvis, click here.) UConn will lose point guard Shabazz Napier to graduation and possibly junior Ryan Boatright to the NBA Draft. “We can be really good together,” Cassell Jr. said of Purvis. Cassell Jr. is UConn’s third commit for 2014, joining Los Angeles St. John Bosco shooting guard Daniel Hamilton and Buford (Ga.) power forward Rakim Lubin. UConn had previously missed out on several targets, including forwards Abdul Malik Abu (N.C. State) and Terry Larrier (VCU) and point guard Josh Perkins (Gonzaga). They also recently stopped recruiting Canadian forward Ray Kasongo. After committing to Maryland, Cassell Jr. was ruled ineligible last September due to courses he took at Fitchburg (Mass.) Notre Dame Prep. Maryland appealed the ruling but it was denied. Cassell Jr. redshirted at Chipola last year and will have three years of D-1 eligibility beginning in 2014. “The great thing is he could play on the ball or off the ball,” Chipola coach Pat Blake previously told the Baltimore Sun. “He scores it so well and has a great feel and can get other people shots. He’ll primarily be our point. He’ll also play off the ball some as well. I imagine him handling the ball. “If you need to find someone that young that kind of has that older man’s game, [Cassell is your guy]. He’s a very heady, high-basketball IQ [player], with that kind of poise and knowledge for the game. I knew he had that. I just didn’t know he had such a high level.”

Coaches Say A-10 is Realignment-Proof; A-10 Preseason Poll

After Committing to Kansas, Wiggins Waited Three Days to Respond to Self's Text