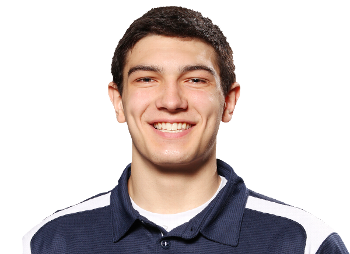 Josh Martin is headed to the Big Ten. The 6-foot-8, 230-pound power forward out of Bothell (WA) committed to Minnesota on Monday, choosing the Gophers over Pitt and Florida State. “Officially committing I the university of Minnesota,” he Tweeted. He visited Minnesota two weeks ago. “It was an easy decision in my mind,” Martin told the Star Tribune. “It was actually not as hard as most people think. It was hard to evaluate and whatnot, but when I was down there, everything just clicked. “I just felt the best connection when I was down in Minnesota, which made the decision a little less strenuous.I kind of had it in my mind when I left Minnesota that I wanted to go to Minnesota, but I defiitely wanted to make sure that it was the right decision. It was right when I came back from Pittsburgh that I was like ‘Yeah, I’m feeling Minnesota the most.’ Martin is the first commit in 2014 for head coach Richard Pitino, who is also hoping to land some combination of in-state players Tyus Jones, Rashad Vaughn and Travis Reid. “Talk abou t a guy who size, has frame and has athleticism,” longtime New York recruiting expert Tom Konchalski told SNY.tv. “He’s a man physically. He has a Big Ten body and he has athleticism to match and he can certainly rebound. I think he’s a little raw offensively. He likes to step out and shoot the 3’s a little too much. But he has a Big Ten body, he’s a Big Ten power forward. Photo: ESPN

Metta World Peace Unsure What League St. John's Is In