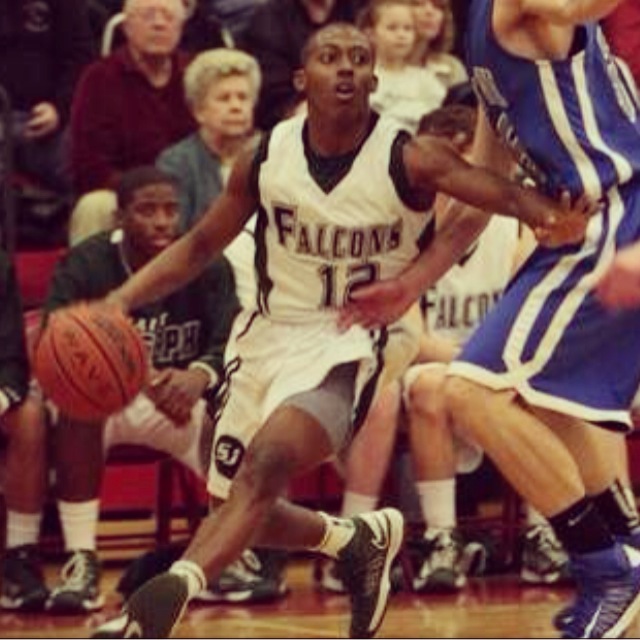 Raven Owen Jr. is a 2014 point guard at St. Joe’s-Metuchen who plays alongside Kentucky-bound big man Karl Towns Jr. and Vanderbilt-bound guard Wade Baldwin.  He will be contributing to ZAGSBLOG periodically. Here’s his first entry. I’m really looking forward to a great senior year both academically and athletically. Transferring from Xaverian High School in Brooklyn to St. Joseph’s High School in Metuchen, New Jersey, at the start of my junior year has worked out better than I expected. My transfer was related to a change in my father’s job status. While I have nothing but love for my former teachers, coaches, teammates and classmates at Xaverian, my experience so far at St. Joe’s has been phenomenal. I was immediately welcomed with open arms by the entire St. Joe’s community. Much like Xaverian, It is an excellent school with high academic and athletic standards.  We are truly one big family. On the court, I get the opportunity to play with some of the best players in the country. Karl Towns, who committed to Kentucky,and did his thing with the Dominican Republic National team in the FIBA tournament, and Wade Baldwin who recently committed to Vanderbilt. Congrats bro!! And Marques Townes an extremely talented player who is also being highly recruited. We are all seniors determined to finish what we started last season. We lost in the Tournament of Champions championship game to Roselle Catholic. This season, one of our main goals is to win the title for ourselves and  our coach, Dave Turco, and be the No. 1 ranked team in New Jersey when it is all said and done.  We will also play in a few national tournaments against some of the country’s top players. I had a very good summer playing for the Bronx Gauchos. After the AAU Super Showcase in Orlando in July my recruitment really picked up. I was fortunate to have Julius Allen, who has coaching experience at the pro and college levels, as my AAU coach. I learned a lot from coach Jules this summer. Last week I received an offer from Canisius. The head coach, Jim Baron and assistant coach Fred Dupree, visited St. Joe’s and made the offer. I really like Coach Baron and Coach Dupree, and the program is on the rise. I am making an official visit to Canisius next week. And on Wednesday,  I was offered by Coach Jack Perri from Long Island University after a work at St. Joe’s.