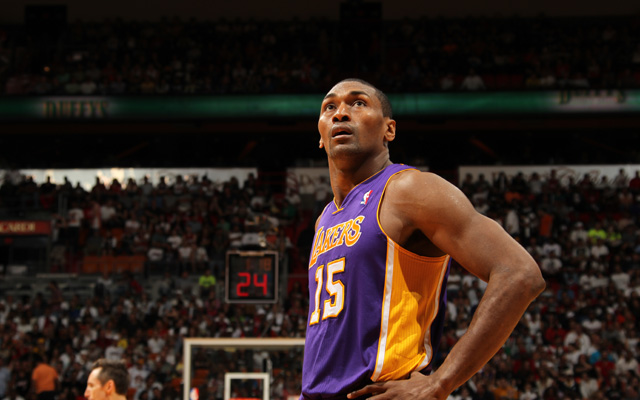 World Peace could be coming to China. As in Metta World Peace. “I’m going to China,” he texted SNY.tv Sunday night. He also Tweeted that he had spoken with Yao Ming, indicating he might play for Yao-owned Shanghai Sharks. “Great talks with YAO. What a great guy. #Shanghai” The former Laker has cleared waivers Sunday and is now an unrestricted free agent. “He cleared waivers. He will start exploring options,” agent Marc Cornstein said. Ron Artest Sr., the player’s father, told SNY.tv he hadn’t spoken with his son on Sunday, but previously said his “gut” was that he would land with the Knicks. Multiple teams have reportedly expressed interest in the New York native and former St. John’s star. Frank Isola of the Daily News Tweeted that Cornstein “spoke briefly with Knicks GM Glen Grunwald during Knicks-Wizards game in Vegas.” As reported by SNY.tv, World Peace previously told his father he would retire if amnestied by the Lakers.