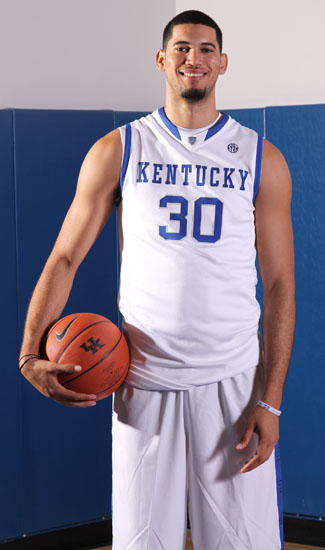 The Knicks need help in their frontcourt and Kentucky product Eloy Vargas hopes he can provide a solution. The 6-foot-11 native of the Dominican Republic is on the Knicks roster for the Las Vegas Summer League beginning July 12. With the retirements of Kurt Thomas and Rasheed Wallace, the trade of Marcus Camby to the Toronto Raprots and the loss of Chris Copeland to free agency, the Knicks are in need of youth, toughness and rebounding in their frontcourt. “I’m just thankful and lucky to have the opportunity,” Vargas, 24, told SNY.tv by text. “I’m really excited about the opportunity that this team is giving me to showcase my skill level with them and help me develop my game at the next level. “They saw something in me when I was there trying out that no other team saw. I’m just thankful to be part of this team in the summer league. This is why I work so hard to get to this level.” As reported by NationofBlue.com, Vargas had been playing with San Lazaro of the Santo Domingo League in the Dominican Republic, averaging 19.4 points and 13.4 rebounds. He last played at Kentucky during the 2011-12 season when the Wildcats won the NCAA championship. Vargas averaged 0.8 points and 1.7 rebounds on a team that featured Anthony Davis and Michael Kidd-Gilchrist, the No. 1 and 2 picks, respectively, in the 2012 NBA Draft.