Jamal Murray Could Be Next Canadian Star After Wiggins 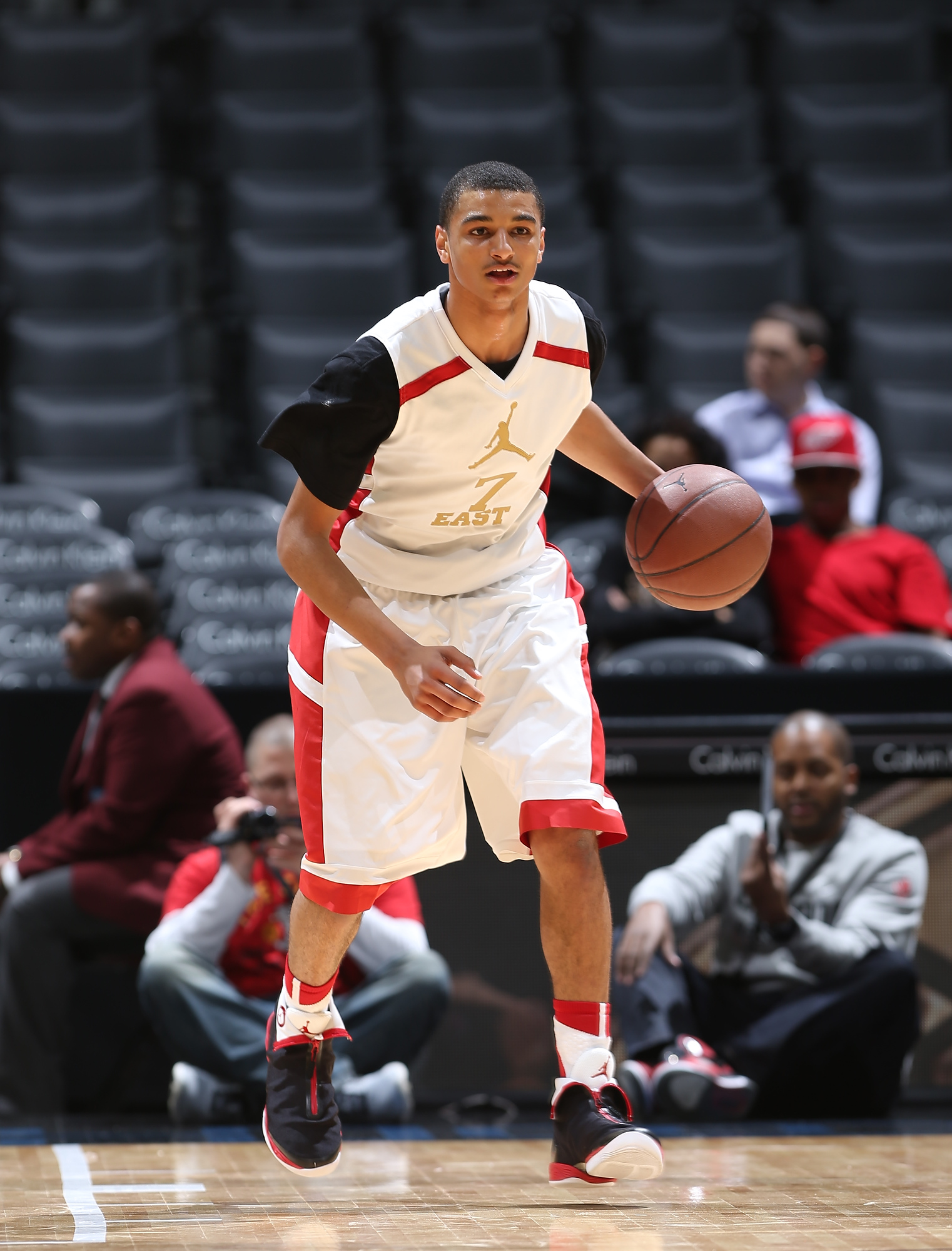 By ADAM ZAGORIA NEW YORK — It’s unfair to compare any young Canadian player to Andrew Wiggins, but  remember the name Jamal Murray. The 6-foot-4 2016 point guard from Kitchener (Ontario) Grand River Collegiate Institute went for 24 points and 7 rebounds en route to team MVP honors as the White team lost to the Black team, 76-72, in the Jordan Brand International Game at Barclays Center. “I don’t think there will be another Andrew Wiggins,” Murray, who went 3-for-8 from the arc and 7-for-7 from the line, said after the game. “I think everybody is their own person. I don’t feel there’s a next LeBron James. I think well, he’s the next person that’s coming up that’s like LeBron James. He can’t be the same guy. There’s always things that are different in people’s games.” Murray is in the Class of 2016 and, like many Canadians before him, is looking at coming to school in the States possibly beginning next year. “Hopefully,” he said, “I’m waiting to see what kind of offers I get. I’m  just looking for a scholarship that takes me wherever I want to go.” Murray will play with the CIA Bounce AAU 16U team this year, and Bounce coach Tony McIntyre thinks he could be the best player in his class when he comes to the U.S. “The kid is a 6-4 point guard,” McIntyre said. “He sees the floor well, outstanding shot, has worked real hard. I think he’s the No. 1 in that class, hands down. “I said it about Wiggins, the kid is real. It took so long for everyone to believe [about Wiggins].” Longtime New York recruiting expert Tom Konchalski also gave Murray some high praise. “You know who he looked like?” Konchalski said. “He looked like a cross between Jason Kidd and [Washington signee] Nigel Williams-Goss. He was the best guard in the game and he did whatever he wanted. He was terrific.” As for the Wiggins comparison, Murray said he doesn’t speak to Wiggins that much but obviously follows his career. “I haven’t talked to him a lot,” Murray said. “I just watch his game.” Said McIntyre: “No one compares to Andrew. [But] he’s that next kid for us in terms of his work ethic, attitude, ability on the court, potential and feeling. I just think he has a great mix of everything to be that special kid.” **For more stories on Andrew Wiggins, click here. Photo: Kelly Kline / Jordan Brand